When it comes to the midsize luxury sedan segment, Mercedes Benz has always been one of the top options. Their vehicles are sophisticated and classy, but at the same time athletic and powerful. Once again, the C-Class stole the show when it was officially unveiled at the North American International Show. The company reconfigured several months ago, and we decided to analyze some of them in detail. The first model we decided to talk about is the mighty 2016 Mercedes Benz C450 AMG. You can also find details about other model in C-Class find on our website. Let’s find out what the 2016 Mercedes Benz C450 AMG hides under its hood, and what kind of changes it brings in terms of interior and exterior design.

The 2016 Mercedes Benz C450 AMG has been significantly revamped to offer better performance and to draw the attention of a great number of customers around the world. This vehicle will be offered in three different body styles, the Mercedes-Benz C450 AMG Sport 4Matic (station wagon and sedan) and the GLE450 AMG Coupe 4Matic. As for the Mercedes Benz C450 AMG Sport, it looks very similar to the C400 with its AMG body-kit. Even though customers would probably appreciate a more sleeper look, it is what it is. The front fascia of the vehicle is decorated with newly designed “star grille.” There is also an A-shaped bumper. It is actually the same bumper as the rest of the vehicles in C-Class have. The side profile of the vehicle sports numerous AMG badges on mirror housings and on the front wings. Speaking of which, the mirror housings are painted in black. The vehicle arrives with the set of five-spoke AMG light-alloy wheels. Those who want to create distinctive design for their car can choose between a wider variety of designs for their rims. The rear end of the car sports four exhaust pipes, aerodynamic diffuser, and a small trunk spoiler. 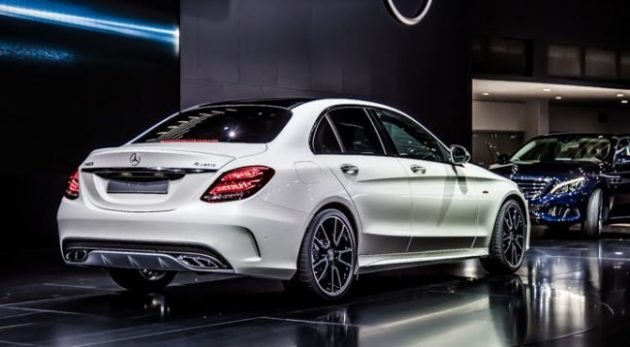 At the very first sight, you will realize that the interior design of the vehicle hasn’t been changed to such an extent compared to the other vehicles in C-Class. It has changed, indeed. As for the upholstery, you will get a mixture of microfiber material Dinamica nad Artico man-made leather. The seats of the newcomer are much sportier and offer better lateral support. A flat-bottomed steering wheel is covered in Nappa leather. 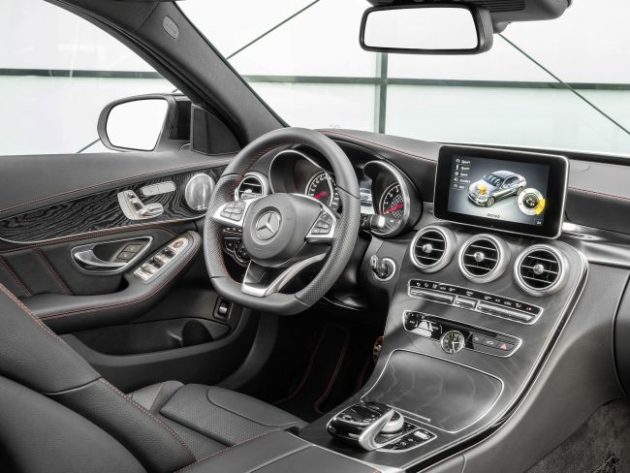 2016 Mercedes-Benz C450 AMG Sport 4Matic station wagon and sedan and the GLE450 AMG Coupe 4Matic might have different body styles and different transmission but they are powered by the same three-liter V-6 engine. The engine is capable of producing 367 hp and 384 pound-feet of torque. The vehicle arrives with 4Matic AWD system as standard. The Mercedes-Benz C450 AMG Sport is mated to a seven-speed automatic transmission which allows it to accelerate from zero to 62 mph in 4.9 seconds. Top speed is estimated to be 155 mph. 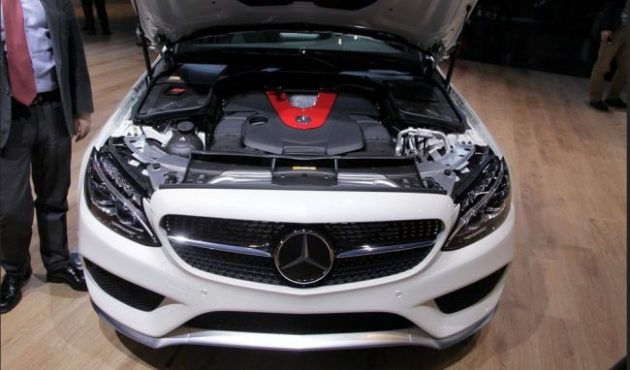 As if Subaru BRZ wasn’t performing good enough as it is, Japanese maker decided to unveil an upgraded version of …

2016 Alfa Romeo Giulia has been recently presented, and it also created a lot of interest during the official exhibition. …