The 2016 GMC Sierra Denali 3500HD is arriving just in time to deal with the rising competition. The updated engine selection, coupled with the transmission and the exterior that has been redesigned for maximum aerodynamics ensure that performance is better than ever. The interior is brimming with technology and gadgets, while the exterior makes short work out of any wind noise or resistance. The driving experience is more comfortable and soothing than ever, and the Denali selection should be as plentiful as ever. Aside from 3500 HD, there is the 2500 HD and Denali HD version, which have more than 150 different configurations between them, if combined with a myriad of packages and equipment. This will enable buyers to tailor their Sierra Denali’s to their own needs and tastes. 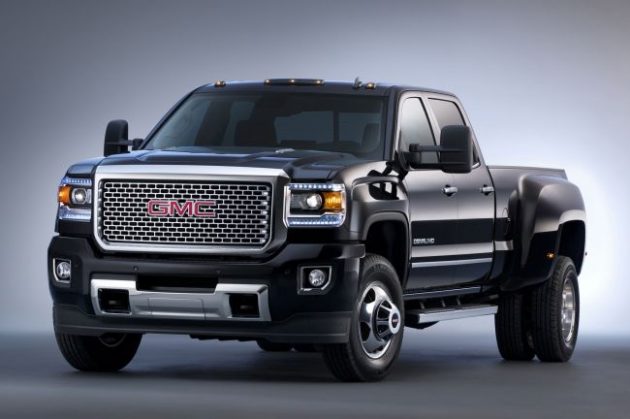 The 2016 GMC Sierra Denali 3500HD comes with a serious facelift. A new grille and a redesigned headlamps are just the beginning, as the overall body has been made more aerodynamic than ever. The new grille is about more than just a cool look; it enables better cooling system for the engine as well as help reduce noise when paired up with the new doors. The new roof and spoiler make a mockery of wind resistance, enabling maximum downward thrust on the rear wheels. The Double Cab is making a comeback from the previous version, with longer rear doors. By reinforcing the cab area with high-strength steel, the designers have made the new Sierra Denali safer than ever, as any shock form the impact will be absorbed before it reaches the occupants of the vehicle – hopefully. This extends to A- and B-pillars, roof and several other strategically placed locations in the interior. Otherwise, the new Denali will be distinguishable by the chrome grille, peculiar interior, a distinguished exhaust and rear bumpers. 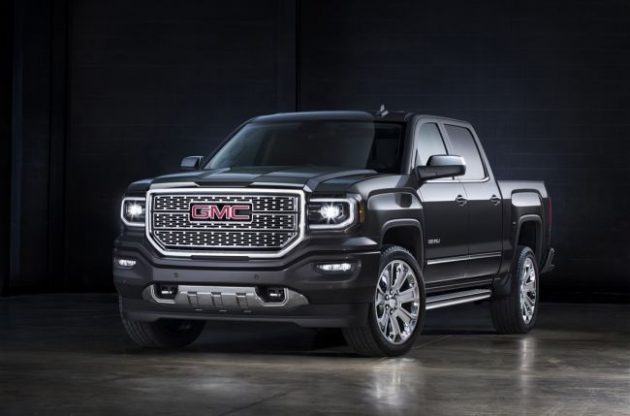 The inside features nothing but the best in terms of materials, as a great deal of attention has been paid to details and gadgets. All this so you can customize your Denali as much as you can afford. The new dashboard features great visibility for the driver, and the instrument panel is conveniently placed in order to complete the infotainment display. Naturally, there is ample space, both for storage and occupants, along with ample connectivity options. Indoor materials are top of the line and safety has been elevated to a new standard.

Engine-wise, not much has changed. The standard Vortec 6.0-liter, V-8 comes with 322 hp and 380 lb-ft of torque, which is slightly lower than the 2500 HD, but that is to be expected. The engine is paired up with a Hydra-Matic 6L90 automatic transmission with six speeds. A diesel version is slightly different, though. The optional Duramax 6.6-liter brings 397 hp and 765 lb-ft of torque, controlled by a heavier six-speed automatic transmission. 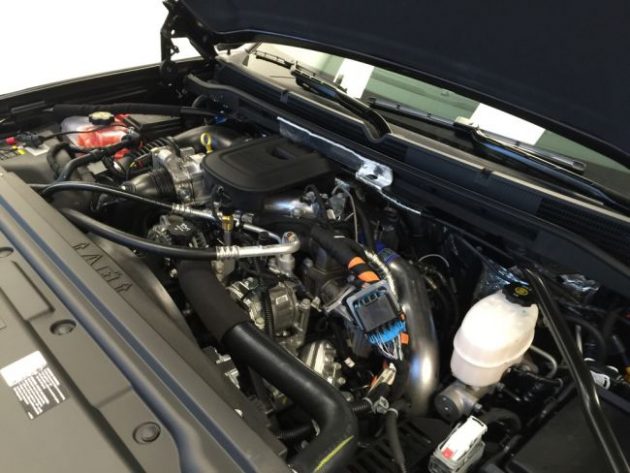 The 2016 GMC Denali Sierra 3500HD will appear this winter, along with its brethren.

The base version of 2016 GMC Sierra Denali 3500HD should go for roughly $65,000, although additional equipment and configurations make exact price nearly impossible to predict. It all depends on a person’s individual choices.