Since the UK left the European Union in January 2020, much attention has been paid to whether goods can be delivered in both directions without delays. As the issue of cross border checks continues to cause political friction, little or no attention has been focused on those who travel to and from the continent in private vehicles. Although the Covid pandemic had a massive effect on this traffic, now the situation is easing, people are actually finding it quite easy to take their cars across the Channel or the Irish Sea. This is largely because a current UK driving licence is often all a visitor needs to drive in the EU, as long as their vehicle’s MOT status is acceptable. However, there are situations when this is not the case. Since the beginning of 2023, a motorist’s eligibility to drive in EU countries has been subject to some changes. It is important, therefore, to be acquainted with these before travelling. In fact, for those travelling to the majority of EU member states, a British licence is still valid. For some others, it may be necessary to obtain an International Driving Permit (IDP). Luckily, these cost only £5.50 and are available through the Post Office.

The need for an IDP is governed by some very specific conditions; if your journey falls into such a category, you will need an IDP to drive in certain EU nations, and Norway. The reasons are; having a paper driving licence, or one issued in Gibraltar, Guernsey, Jersey or the Isle of Man.

To complicate matters further, these rules apply to UK nationals living in the UK. If the driver is a UK national living in the EU, or an EU national wanting to keep living in Britain, the rules are slightly different. In all cases, the vehicle in question must have the correct insurance and a valid UK identification sticker. 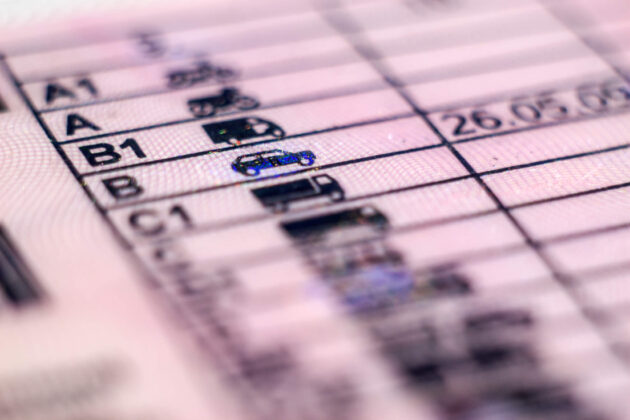 While it may seem rather unlikely that most UK drivers would be affected by these changes, in fact they have thrown up some issues. One very important one, and perhaps the most surprising, is the number of drivers who still have a paper licence. Even though plastic licence cards started being issued as replacements way back in 1998, the DVLA has found that three million Brits still don’t have one, preferring to keep hold of their paper licence instead. Although still perfectly valid in the UK, this is not now the case in Europe. Conversely, those with a plastic driving licence complete with an EU flag can be reassured this is still valid until its expiry date.

As for the IDP, travellers should be aware that these come in two different classifications. That required in France, Germany and some other EU countries is the 1968 IDP, while the one necessary for driving in Andorra and certain other nations is the 1949 IDP. It is always best to check the website of the embassy of the country to be visited before making any travel plans if you’re driving. Luckily, an online MOT status check provided by a reputable company like checkmot.com is one less piece of paper to worry about.

Driving to the Continent When travelling to the European mainland, your driving licence will not be checked before you leave. For instance, using the Le Shuttle service on Euro Tunnel is means passing safety checks and and border control protocols. On entering the service in the UK, this is effectively driving into another country. For this reason, you’ll need to show a valid passport, and may be pulled over to undergo random security checks. After that, the Tunnel requires certain items of safety equipment before you take your place on the carrier. At no point, however, will you be asked to show your driving licence. As Le Shuttle now travels through France to Belgium, there are two international boundaries involved, with the added complications these could bring.

When embarking on one of the many ferry services across the English Channel, a passport check is now necessary. Again, however, border officials will not ensure you have the right IDP, or even if you need one. Cross channel ferries serve a number of countries in Europe, and services from other ports travel even further afield, so it’s important to check with the embassy of your destination before setting out. Although it’s much easier driving a private vehicle than goods trucks, it’s always best to keep the process as smooth as possible.

Every year, car manufacturers update their models both on the inside and the outside. The year 2020 is not an …

Memphis is a multifaceted creative city that is definitely worth a visit, see for yourself by reading this article. When …