When Nissan first unveiled Leaf in 2010, they could not even imagine that in just a few years it is going to become the best selling electric car in the world. The Leaf has started its life as a compact car, but by the time it went into production, the Japanese manufacturer decided that it would be the best if it could be a mid-size 5-door hatchback. The 2015 Nissan Leaf does not bring anything especially new – on the outside and on the inside were only introduced minor changes – however, the biggest change is the updated chemistry in the lithium-ion batteries that the Leaf uses – the manufacturer apparently had to do this, in order to make the batteries tolerate high temperatures better. 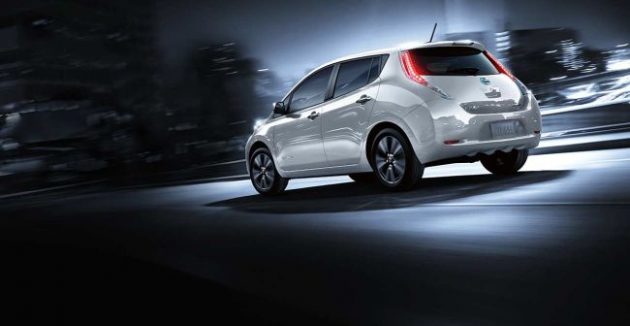 The design of the exterior of the Leaf has not changed since its launch. From the beginning, the looks of the Nissan Leaf were topic of many debates – some consider it unique, some that is odd, while for some it is just ugly. One of the most interesting details on the outside of this car is the electric charging port that is located on the front of the car – right were the front grille would be on a normal car – and even the 2015 Nissan Leaf comes with the port in the same place. The whole sloping front of the car is liked by many customers – along with large angular headlights and the big front bumper. If you thought that the front of the 2015 Nissan Leaf is odd, then you will be left speechless when you take a look at the back of the car – the rear bumper is massive and it seems like it starts in the middle of the car. Furthermore, the Japanese manufacturer decided to use vertical taillights that start at the roof and go all the way down to the rear bumper.

The interior of the 2015 Nissan Leaf, unlike the exterior is more conventional. The interesting thing is that there are two different center consoles – depending on the trim level. First has a smaller display and regular air conditioning controls, while the second comes with a big touch screen display and butterfly-shaped air conditioning controls below. Apart from that, the rest of the interior is pretty much the same. The 2015 Nissan Leaf will be offered in two different colors – black and cream. 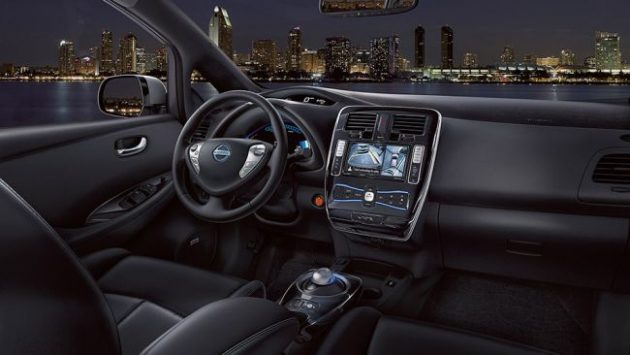 The most interesting information about the 2015 Nissan Leaf is most certainly the powertrain. The 24 kilowatt-hour lithium-ion battery pack is located below the floor of the cabin and under the rear seat sends power to the 80-kilowatt electric motor (it produces around 107 horsepower) that powers the front wheels. This engine is able to recharge the battery thanks to the regenerative breaking, which means that it is able to return energy to the batteries, that would otherwise be wasted. 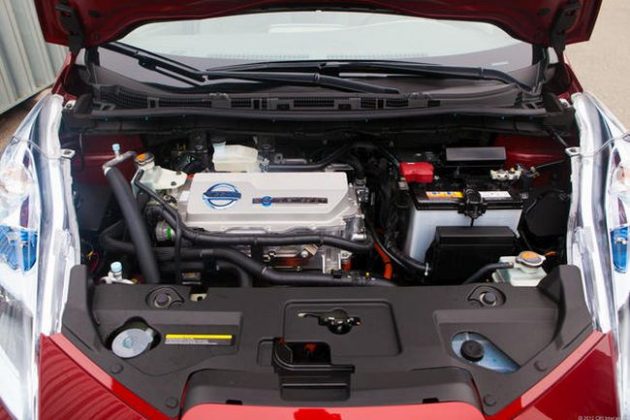 The 2015 Nissan Leaf is already on sale in North America and Asia, while it should go on sale in Europe in the coming weeks.