The Forester has been Subaru’s best selling car ever since it was released nearly two decades ago. However, because the class its in moves forward so fast, the ongoing model is no longer current. The car is based on a decade-old platform and it can no longer compete. A new model has been rumored for the past two years but nothing has been released so far. It seems that this is mostly because Subaru has been focusing on developing their new platform and getting it ready for the market. This means that the upcoming 2018 Subaru Forester is more than just a rumor. This is the car that will receive the new platform which should elevate the experience tremendously over the ongoing model. Under the skin of 2018 Subaru Forester

Unlike pretty much all the previous versions, the new car will share its platform with the new Impreza. This will be Subaru’s new Global Modular Platform which should improve the car by quite a bit. For starters Subaru said that the new platform is 70% more structurally rigid than before and it is also 40% better in case of a crash. This will likely allow the new Forster to get better crash ratings and it will definitely get better to drive. The current model was fine but it lacked the characteristics of a Mazda CX-5. Considering all the upgrades it is going to receive it just might become the best in its class. The price will likely remain at the same levels as before but expect nicer quality materials despite all of that. 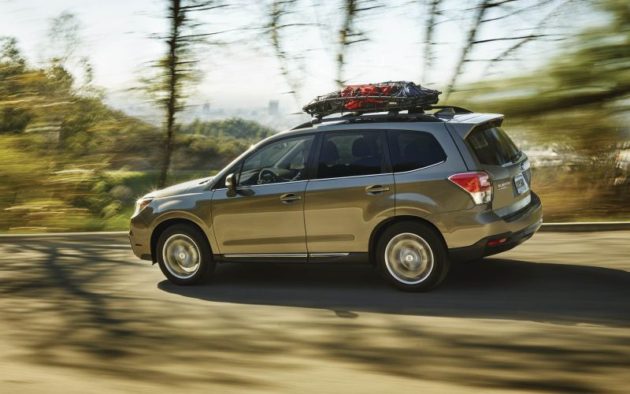 The ongoing Forester looks like a box with a set of headlights. Hopefully this is not going to be the case with the 2018 Subaru Forester. While they haven’t released much about the car, it is quite clear what design scheme it is going to employ. Not that long ago Subaru released the XC Concept which, despite its name, might just preview the future Forester. It has the correct proportions and it seems a bit too high and wide for an Impreza XV. If this is the case than the Forester will truly become one of the best looking cars in its class by a big margin. 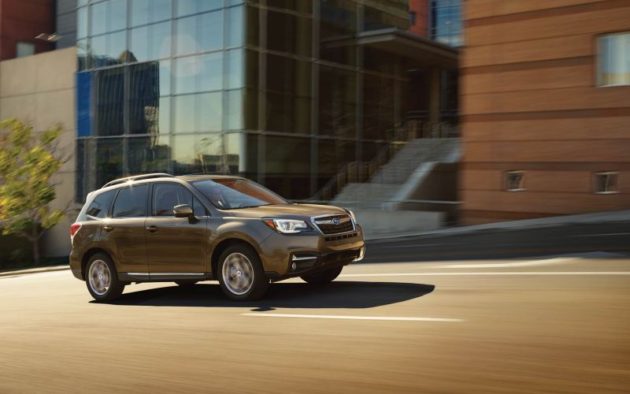 Luckily there is a bit more information about what it is going to receive on the inside. For starters, thanks to the new platform, the car will be able to use most of the interior elements found in the Impreza. Despite that we are sure that Subaru will go the extra mile and offer a unique experience. We do expect a new dashboard with more storage spaces and a higher driving position. However, most of the equipment found in the car will be a direct carry-over from the Impreza. Just like before, the 2018 Subaru Forester is going to hit the market with two engines. There is also a chance that after its initial release we may see at least one more engine added to the range. The base car is expected to make use of a new naturally aspirated FA mill which should provide around 160 to 170 horsepower and around 150 lb-ft of torque. The sporty version will use a turbocharged version of the same engine. This will be the same unit found in the WRX where it makes over 250 horsepower. 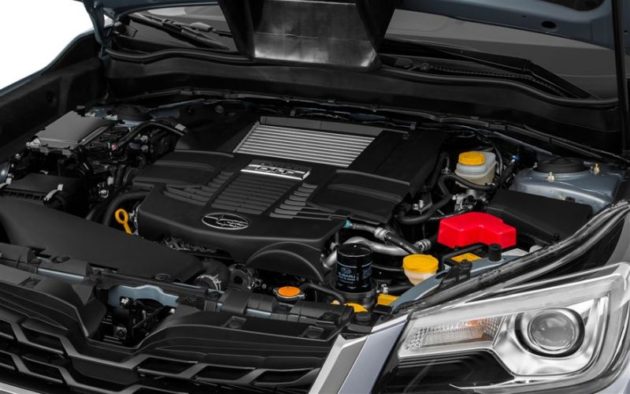 Despite the fact the new Forester will offer the same levels of power as before, it will become faster thanks to a lighter chassis and new transmission. Instead of the old CVT we may see a new automatic, likely a dual-clutch. A manual will likely be available, at least on the base model. The third possible engine choice could be a hybrid but Subaru did not say much about this so far.