The Forester is one of Subaru’s best selling cars for a good reason. It offers the driving characteristics of a sedan while having considerably more space inside the cabin. However, the current model has been around for a while so it is not really up to date. The car is based on a platform that is nearly a decade old so it doesn’t really drive as good as it should. Not that long ago rumors about its successor started to surface though. It seems that the upcoming 2019 Subaru Forester is going to be quite a bit more impressive than its predecessor.

For starters, it looks like the new model is going to be based on an entirely new platform. It has been confirmed not that long ago that the car will share its chassis with the new Impreza. This means that it will use a high strength steel architecture, so its weight will go down by a good margin. This new platform will also lower the car’s center of gravity and it should make it quite a bit better to drive than before. The NVH levels are expected to be improved as well and even though not official, it seems that the car will become quite a bit safer than before. 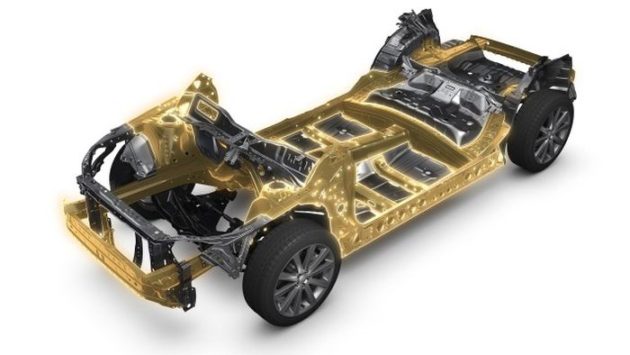 Even though so far Subaru didn’t release any official pictures for the new Forester, the car has been spied testing a while ago. The interesting part is the overall design scheme which is nothing from what we expected. Instead, it seems the 2019 Subaru Forester will boast an evolutionary design, similar to what they did to the Impreza. In the front the car seems to share the same headlights and grille as before but with slightly different inserts. The front and rear bumpers on the other hand seem all new while the car definitely seems larger than before. The wheelbase is definitely longer and from the looks of it, the car may also be wider than its predecessor. Some suggested it will look a lot like the Ascent but this doesn’t really seem to be the case.

Like before, the interior of the new Forester is definitely going to share quite a few design cues with its sibling, the Impreza. Expect the car to boast a more modern look than before with far less buttons and considerably better materials. While it hasn’t been confirmed just yet, it also seems the car may receive a 6 six version as an option which would allow it to become one of the more interesting choices in its class. 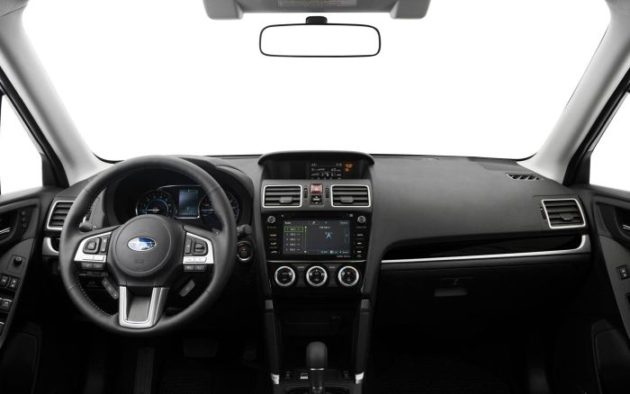 According to motorauthority.com 2019 Subaru Forester will hit the showrooms in 2018 as 2019 MY. Considering that the pricing for current, carryover 2018 MY of Forester was just recently released, a new model will arrive late in 2018. This can also be confirmed by the fact that the test mules were first time spotted just a few weeks ago, which means that the real testings just began. 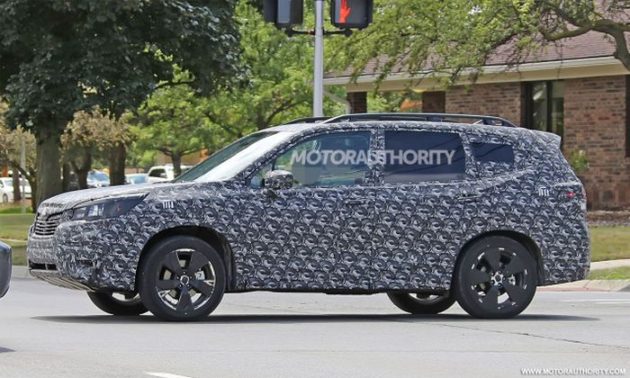 Under the hood – 2019 Subaru Forester Engine

New engines are already a given at this point. It seems the 2019 Subaru Forester is going to boast quite a few improvements over its predecessor. The car will likely come as standard with a new generation 1.5 or 1.6 liter flat-four turbo with around 170 horsepower and 180 lb-ft of torque. This would replace the older 2.5 liter engine, offering roughly the same amount of power for a better fuel consumption. Further up the range the car will likely receive Subaru’s turbocharged 2.0 liter FA flat-four.

This is currently in use on the WRX and it is known to make well over 250 horsepower and 250 lb-ft of torque. Both of them are likely going to be mated to a 6 speed manual as standard and both of them are going to receive Subaru’s great all wheel drive system. There are also rumors out there about the discontinuation of the old CVT gearbox. If this will happen then the new Forester will definitely become one of the best deals in its class. The bad part is that Subaru doesn’t really have a suitable transmission to replace their CVT but this might change in the future.