Rumors about a BMW super-car have always been floating around but only recently these started to get more serious. BMW is one of the only premium manufacturers without a super car in their roster so it seems the natural step for them to go ahead and release one. However, things are not as simple as they look. For starters BMW doesn’t really have a suitable chassis for such a car. On top of that they do just fine without one. Well, this didn’t stop people from talking about the rumored 2018 BMW M8, a car which could be more than just a rumor.

Not that long ago what seems to be the M8 has been spied testing on the Nurburgring. However, we are not so sure about this car. Why? Well, the car seen testing looks a lot like the BMW 6-Series and considering their GT has been around for a nearly 6 years at this point, the so-called M8 is more than likely the successor for the 6-Series. This doesn’t mean though that the M8 is not real. 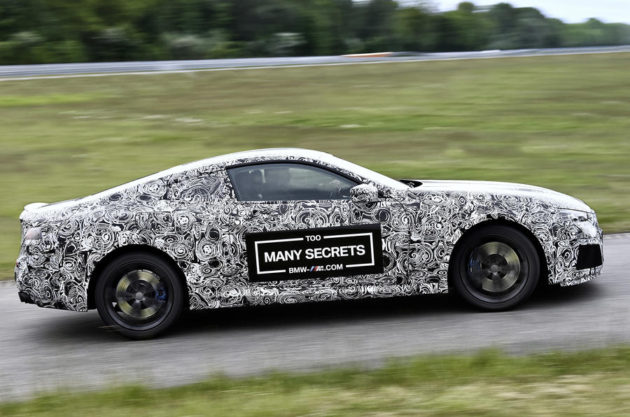 In fact we are quite sure the M8 is in the works but it is a completely different car than what most people think. We would find it highly unlikely for it to be BMW’s new flagship two-door sedan. Instead, the M8 is likely a mid-engine car aimed to compete with the Italian super-cars and the true successor to the original M1. The car could share some parts with BMW’s i8 such as the carbon fiber tub which could accommodate a larger engine than that of the i8.

The regular version of 8 Series goes on sale later in 2018, probably in late months. Taking this into account, we can say that 2018 BMW M8 will come right after that. Both models will likely be in dealerships during 2018 without actual date available at the moment.

The price will be in the region of its top competitor, the Mercedes-AMG S63. The Stuttgart counterpart starts at $170,000, and we can say that BMW M8 won’t be too far away from this price.

Being a mid-engine car, the 2018 BMW M8 is likely going to be roughly the size of the i8 but both lower and wider. The rear sub-frame could also be extended in order to accommodate the larger engine. The car’s finished look is likely going to be similar to most other mid-engine super-cars on the market. A short front end with a two-door cabin and a long rear lid would be the ideal look. The car will likely boast design cues carried over from BMW’s other cars coupled with a brand new look, likely similar to their i8 line of cars. Unlike what most people seem to think, a two-door cabin with just two seats is more than likely at this point.

The interior is expected to be quite a bit more impressive than that of the i8 with better materials and a bespoke design that will have little to nothing in common with BMW’s other cars. 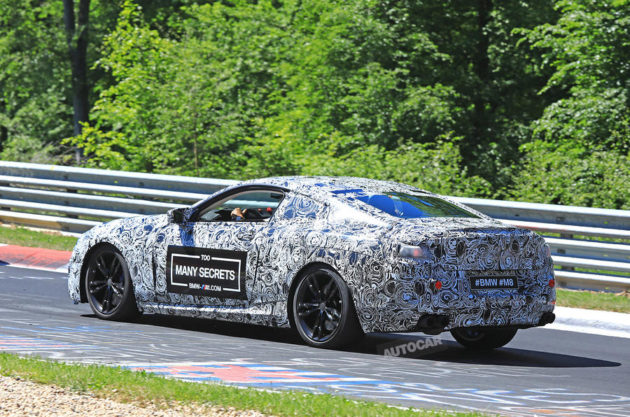 Because the 2018 BMW M8 is expected to be a super-car, it will have to offer super-car performance. This means that it will likely boast BMW’s latest engine in order to be able to at least match the competition. There are 3 possible engines for it at this point. It could get either BMW’s 3.0 liter inline-6 engine currently found on the M3 which is known to make as much as 500 horsepower or their older 4.4 liter twin-turbo V8. While either of these would be fine, it seems BMW is working on a new modular 4.0 liter V8 which is expected to offer north of 600 horsepower and 500 lb-ft of torque.

This engine would also be considerably lighter than the old 4.4 liter engine and it would also provide better fuel efficiency. The transmission of choice will likely be BMW’s 7 speed dual-clutch automatic which will drive the rear wheels via a limited slip differential. An all wheel drive system, while unlikely, is possible and it would make a lot of sense, especially since most of its future rivals boast AWD as standard.

The unofficial pictures of the new 2015 BMW X6 showed up today on net. This is happening before the world …