Just like with pretty much all of their other models, the Mazda6 is pretty much the best driving car in its class by a big margin. This has been achieved with its highly capable SkyActiv platform which is not only light but also extremely rigid and tuned specifically to handle and be comfortable at the same time. The car received a major update last year with a revised interior and another one more recently with the 2017 Mazda 6. This allowed them to stay ahead of the curve, the end result being that the Mazda 6 is one of the best selling family sedans on the market today. 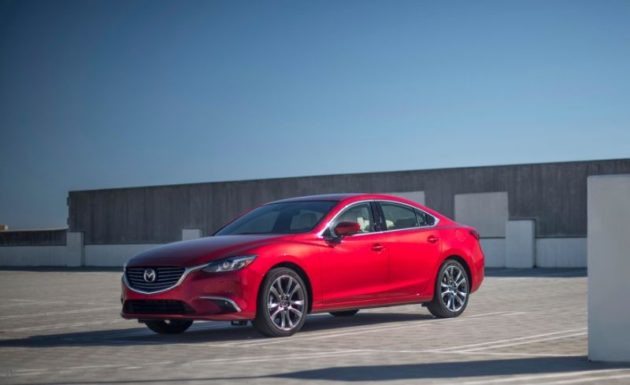 Even though this is not even a mid-life facelift, the 2017 update comes with a lot of new features. The exterior of the car remains mostly the same as before but the cabin does get a bit of attention. Its engines don’t suffer any modifications either even though some rumors suggested that. The new model is already available for sale across the World with all those upgrades. The price hasn’t changed a bit either. This means that in the US the car will start at little over $22,000 with its top end version going for $31,000. This is considerably less than the Hyundai Sonata or VW Passat for example, two inferior models which are not nearly as good to drive as the 6. 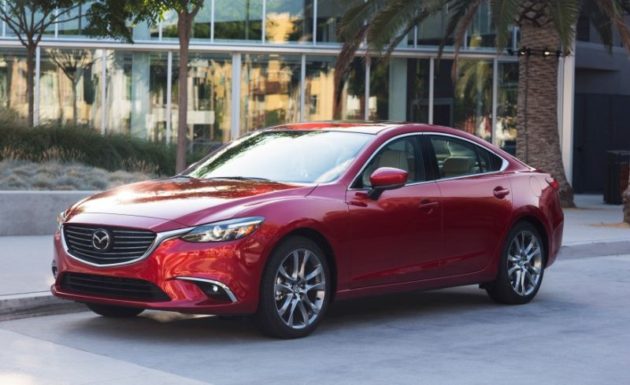 The same as before?

Some would argue that the 2017 Mazda 6 looks identical to the 2016 model. However, this is not entirely true. They did work a lot on the small details on the car such as a slightly different pattern for the rear LEDs or a couple of new colors. These add up for one of the most impressive sedans in its class.

The cabin – the big plus!

Like we said, the car received a lot more attention inside. The dashboard is the same new unit found in the 2016 model. However, the 6 gets the new steering wheel which debuted on the CX-9 as well as a lot of new technology. This includes the option of having the steering wheel heated, a new color LCD screen in the instrument cluster, an updated head-up display which is now tied to the saved driving position. All of these should make the driver’s life a lot easier while adding a bit of usability to the car.

The updates are not only on the outside. The 2017 Mazda 6 also gets quite a few safety upgrades as well. The Activsense package will add things like a pedestrian-monitoring camera, a front collision avoidance system and even automatic emergency braking, all of which are offered as standard, a really neat upgrade over the previous car. 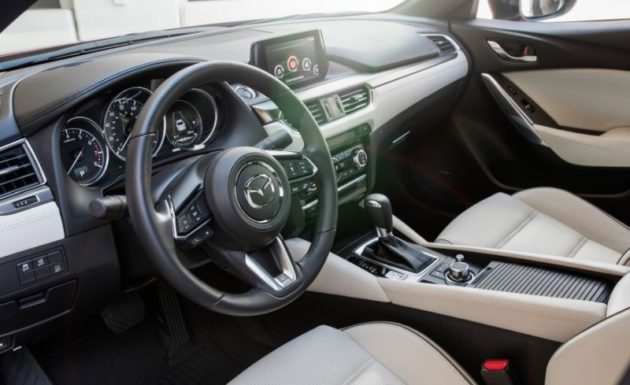 Unfortunately the 6 gets the same engine as before, a naturally aspirated 2.5 liter inline 4. This can offer up to 184 horsepower and 185 lb-ft of torque which is definitely less than the competition. Despite that the car manages a respectable 0 to 60 MPH time of 7.3 seconds and a fuel consumption of more than 30 MPG on average. This puts it at the top of its class as one of the most efficient petrol engines out there. Unfortunately a more powerful powertrain is not available at this point and that is a real shame. Some rumors did suggest that Mazda would offer their 2.5 liter turbo in the 6. This is not true, at least at this point, so those who want more power will simply have to turn to its rivals. The good part is that a six speed manual is available. This makes it one of the very few offering such an option which is great for the people who really enjoy driving a car.

The Mazda 3 hasn’t been changed since 2010 and even though it still looks and performs quite well, it desperately …