Released nearly two years ago, the new Tacoma is one of the least interesting medium size trucks on the US market. Despite being all new, the actual performance of it is very similar to the older model. Luckily though Toyota did get a few things right about it. For starters, it looks better than pretty much any other of its competitors which is not an easy feat. On top of that, it has been one of the more reliable trucks out there and also one of the better equipped. In order to keep it fresh and likely add a bit of spice to the mix, the 2017 Toyota Tacoma has been released not that long ago. Even though this is an update, it is not as big as some would have liked. 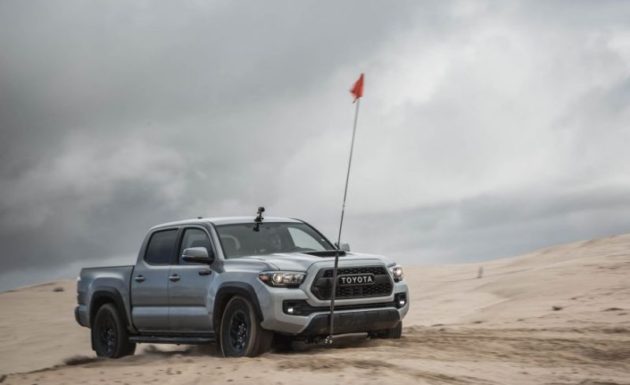 Despite that, the update does bring a few really interesting trim levels and options for it. On top of that, they refined the design and feel of the truck even more, the end result being a really great pickup suited for pretty much everyone. The price for a base model did not change in the meantime. This means that the base model will still cost around $25,000 which is also where its competitors are. The higher end versions on the other hand became a lot more expensive. Why? Well, a new trim level has been added to the mix with the TRD Pro.

This will start at little over $40,000 for the manual and at over $43,000 for the automatic. At this price point Toyota will have some serious competition, especially from the new Raptor which won’t be all that much more expensive while offering a lot more gear for the price. 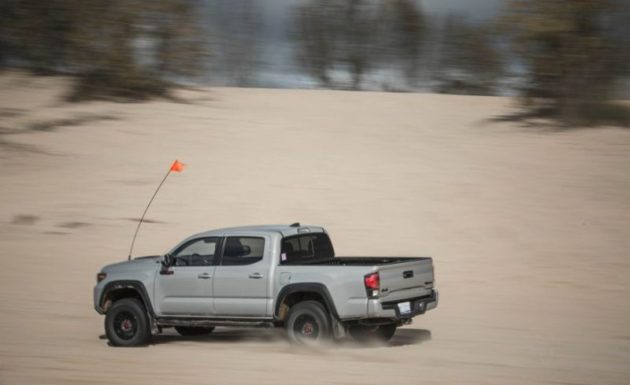 This is likely the most criticized trim level we have seen in a while. Even though it is new for the 2017 Toyota Tacoma, the TRD brand is not new for Toyota. The TRD badge has been used a few times so far with great success. However, it seems that this is not going to be the case with the Tacoma due to its incredibly high price tag.

In order to account for that price Toyota also added a lot to the truck. For starters, the TRD Pro is only available with the crew-cab version of the truck. This is already better than the Raptor. However, things get a worse from here. The suspension has been lifted by an inch and it does have 2.5 inch Fox Shocks installed. These are not the same as on the Raptor though. It also gets leaf springs in the rear which are less than ideal.

The end result is a Tacoma that drives decently on the road and it is quite capable in off-road. The unfortunate thing here is that there are better aftermarket suspension systems for the base Tacoma and besides the running gear and the looks, the TRD Pro doesn’t bring anything new. It gets the same naturally aspirated V6 which offers only 278 horsepower and 265 lb-ft of torque, enough for a truck this size but not enough for a sporty model. 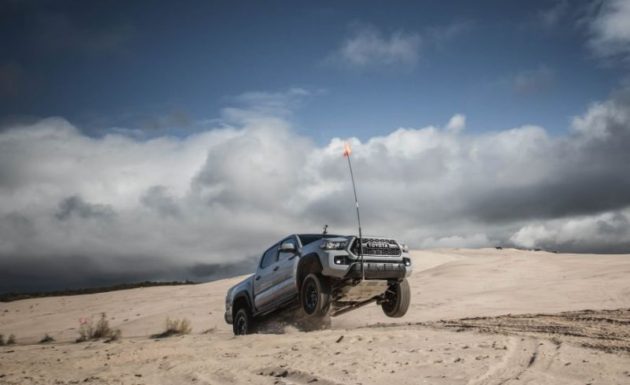 The regular models of 2017 Toyota Tacoma

In order to please everyone, the 2017 Toyota Tacoma also received a couple more trim levels with the TRD and TRD Off-road. These are nearly $10,000 cheaper than the Pro model and do come with the look of the more expensive version. Thanks to that, the two might be the better choices because with aftermarket upgrades, the two can easily outperform the more expensive Pro. On top of that, all versions received Toyota’s new Entune infotainment system which has been upgraded to the latest software in order to become a lot more responsive.

Audi finally presented its halo car 2018 R8 at the Geneva Motor Show. The newcomer has undergone numerous changes-even the …