Audi finally presented its halo car 2018 R8 at the Geneva Motor Show. The newcomer has undergone numerous changes-even the laser beams in its headlights have been improved and changed. The new design of the second generation of Audi R8 is said to be more geometric and simpler and it appears that Audi’s designers found inspiration in the Audi TT which debuted at the last year’s Geneva Motor Show. A great number of customers think that Audi R8 is the best model when it comes to mid-engine car market and we wholeheartedly agree. The new Audi R8 will be offered as two excellent models: Audi R8 V10 and R8 V10 Plus. For further information about the 2017 Audi R8, read the article below. 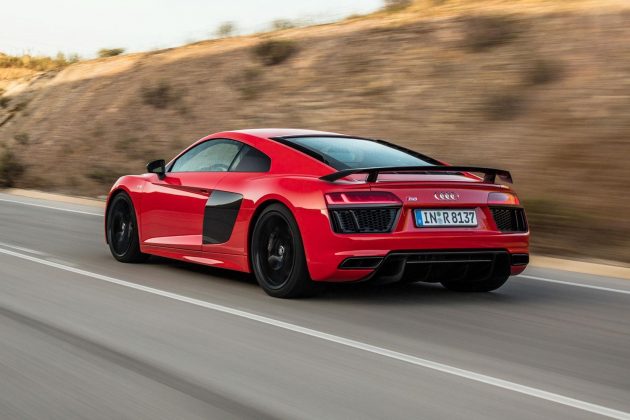 So, the new 2017 Audi R8 will be offered as Audi R8 V10 and V10 plus. Basically, both models are powered by the same 5.2 liter four-cylinder engine, and the main difference between the two models is power. Namely, the regular V10 enables you to get the maximum output of 540 hp which is not bad output at all. However, if you think that this is not enough for you and that you want more, no worries because the Audi R8 V10 Plus is capable of producing up to 610 ponies. When it comes to the level of torque of those engine configurations, the regular V10 is rated at 398 pound feet of torque; while the more powerful engine generates 413 lb-ft. if you decide to choose the more powerful engine option-your vehicle will be capable of accelerating from naught to 62 mph in only 3.2 second. Its top speed will be 205.1 mph. These numbers probably left you speechless, but wait to hear details about fuel economy. Namely, the fuel economy of the more powerful engine is rated at 19.9 US mpg. This time only a 7-speed S Tronic dual-clutch transmission will be available. The power will be sent to all wheels. 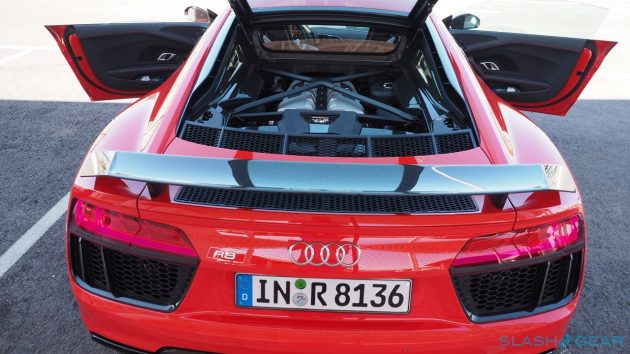 Thanks to the usage of lightweight materials such as carbon-fiber-reinforced plastic and aluminum, the 2017 Audi R8 lost 110 pounds compared to the vehicle it replaces. It is important to mention that the R8 is also stiffer thanks to the aluminum and CFRP. The new model represents a real evolution of the amazing model which belongs to the first generation. It features a low-slung stance of a supercar while its cabin is being pushed forward and its coupe body slopes back in a continuous arch to its rear spoiler. It is clearly visible that the company put a lot of emphasis on the horizontal lines, since the newcomer is 1.6 inches wider than its predecessor and the sides now have wider shoulders. The front fascia is decorated with a wider and flatter grille and wedge-shaped LED lights. 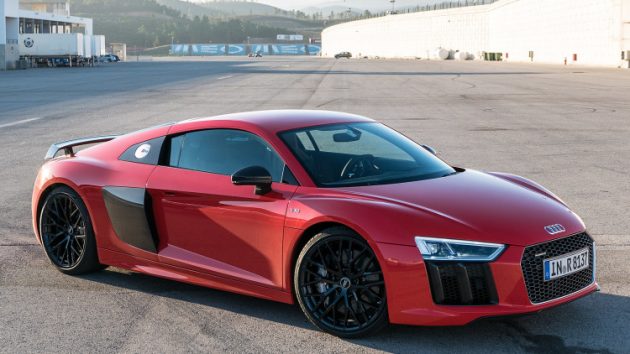 The new 2017 Audi R8 arrives with slightly improved interior. However, the overall interior design of the vehicle hasn’t changed to such an extent because Audi is not one of those companies who constantly surprise us with different position of the controls. The cockpit of the newcomer looks great and gives the feeling that you are driving a real sports car. The customers will be offered great safety and entertainment features. 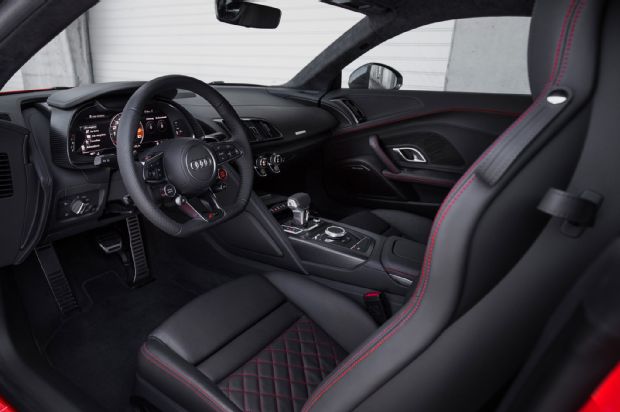 When we had the highly exclusive opportunity to check out newly refreshed 2015 Audi A6, we must confess that we …