The FCA Group didn’t have a compact truck on the US market ever since the Dakota was discontinued a while ago. Since then there have been quite a few rumors about a successor with some recent ones suggesting a Fiat-based truck. However, it seems that none of these were true. Instead of offering a new Dakota, FCA will instead release a Jeep. The 2017 Jeep Gladiator was nothing more than just a rumor a few months ago but test mules have been seen testing a few times by now. The Gladiator will basically be a Wrangler pickup so it will share quite a few parts with it. This is not all that bad though. It means that it will boast above the average off-road characteristics and a really unique look. Instead of going for a unibody design, the Gladiator is going to use a stretched version of the four-door Wrangler. This is actually a new chassis which should be a lot more rigid than the one before it while not being a lot heavier. The end result should be a rather light truck that will have a larger than you average payload. The new Gladiator is expected to be released by the end of 2017 and go on sale shortly after that. The price will likely hover around $25,000 for a base model. Its top end versions might cost in excess of $50,000, especially since it would be the perfect base for high performance compact truck. 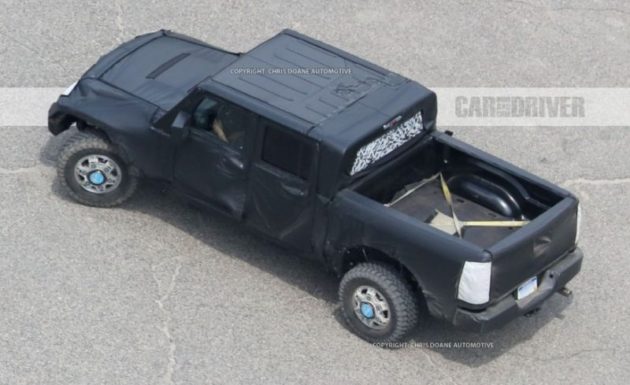 Even though it still is early to know the people’s opinion about the 2017 Jeep Gladiator, there are some interesting reactions about it. For starters, there are plenty of people saying that the Gladiator might be the truck the segment needed in order to make the big manufacturers start innovate again. The Gladiator will basically feature the same front end as the Wrangler and a really similar cabin. The differences will be seen at the back. Here the Gladiator is expected to feature a bed offered in at least two sizes. On top of that it will feature a unique design for its rear end in order to differentiate it from the Wrangler. The best part about this design scheme is that most of the aftermarket upgrades available for the future Wrangler will also be available for the Gladiator which is a major selling point for many. 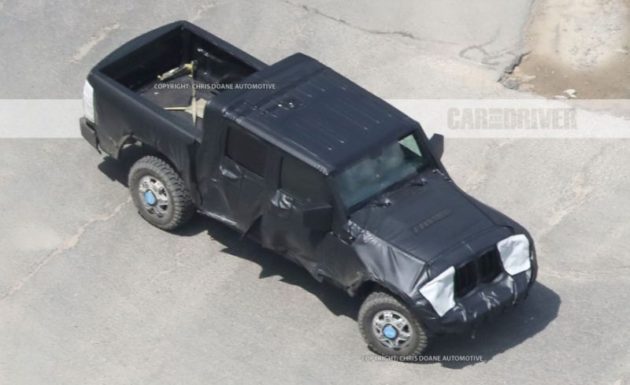 So far it seems that the 2017 Jeep Gladiator is going to be available with two different cabs. A two-door cabin offering two seats is expected as standard. A crew-cab version has been confirmed as well and this will more than likely be identical to the regular four-door Wrangler. In any case, the Gladiator will offer better than average interior equipment as well as nicer materials and a more comfortable overall cab. 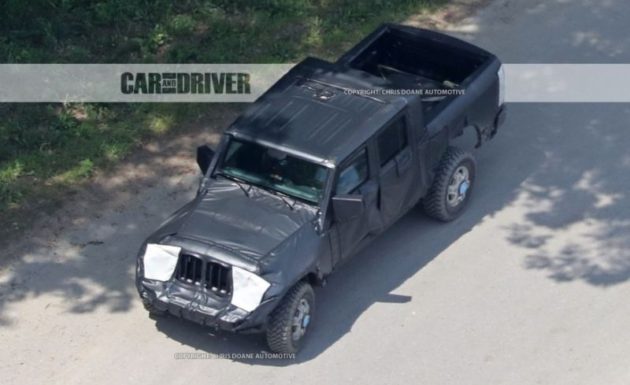 Under the hood of 2017 Jeep Gladiator

At this point the upcoming Gladiator has been spied with two different engines. We do know for sure that the new 2 liter turbocharged inline 4 will be available on it. This engine has been rumored to make as much as 300 horsepower and 300 lb-ft of torque. A diesel, most likely the 3 liter turbocharged V6 from the EcoRam, is also a real possibility. This is known to make 240 horsepower and over 400 lb-ft of torque, considerably more than the competition. Even though not official, an updated version of the 3.6 liter V6 is also quite possible. In any case, a six speed manual should be offered as standard together with rear wheel drive. An eight speed automatic as well as a four wheel drive system, likely featuring lockable differentials, will be available across the range.

The full-size Audi Q7 set its tires on roads in 2005 and that was the carmaker’s first-ever SUV. Many of …