With the release of the Pacifica and the new Sedona, Honda’s current Odyssey started to lose quite a bit of ground. In order to regain some of its customers back and get on the market a competitive product, a new model has been in development for quite some time at this point. So far Honda hasn’t actually released any official information about their upcoming model. Luckily though, the 2017 Honda Odyssey has been seen testing wearing heavy camouflage quite a few times so far. It seems that the minivan is pretty much ready and it should be released by the end of the year. Despite what some rumors suggested in the past, the car is unlikely going to cost more than $30,000 for a base version, especially since its competitors are hovering right around the same price point. 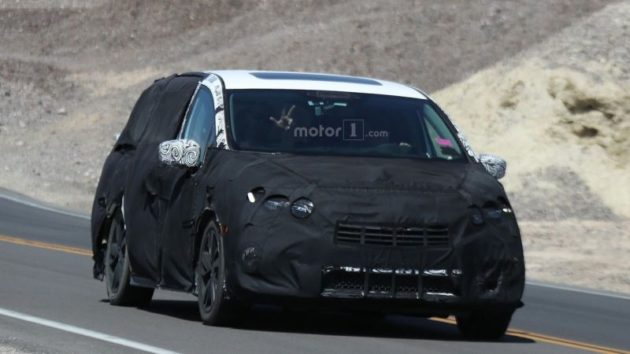 Just like before, the new Odyssey is going to share most of its underpinnings with the Pilot. This is actually a rather good thing because the new Pilot is considerably larger than before while being with up to 200 pounds lighter. So far it seems that the Odyssey will follow the same weight loss scheme but the size will likely be more in line with the previous model. With the new platform, the 2017 Honda Odyssey will be able to boast new engines, transmissions and a completely new running gear. The latter will likely be tweaked in order to provide luxury car levels of comfort without taking from the usability of a minivan. 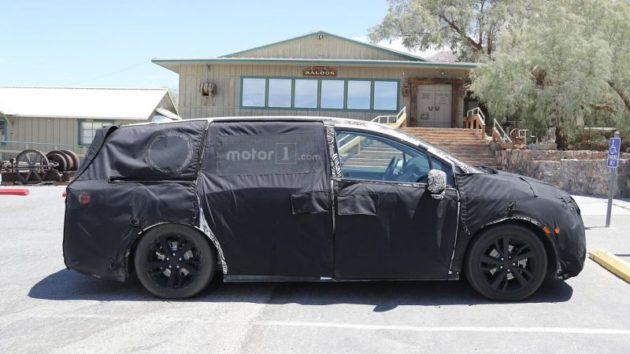 Up to this point there have been many rumors about the Honda Odyssey receiving a turbocharged powerplant. This is actually not the case. Instead, the car will more than likely receive the 3.5 liter direct injected naturally aspirated mill from the new Pilot. Expect it to provide around 280 horsepower and 250 lb-ft of torque which is a sizable increase over the older model. Despite the small bump in power, the car will be more efficient and also quite a bit smoother.

A six speed automatic gearbox has been rumored but we are not so sure. Instead, Honda might just surprise us and install their new 9 speed automatic. This is a faster gearbox than before capable of better fuel consumption. However, it is not as smooth as the older automatic which may pose a problem in the future. On top of the new V6, the Odyssey is also rumored to receive a hybrid powertrain in the near future which could boast more power and significantly better fuel consumption. 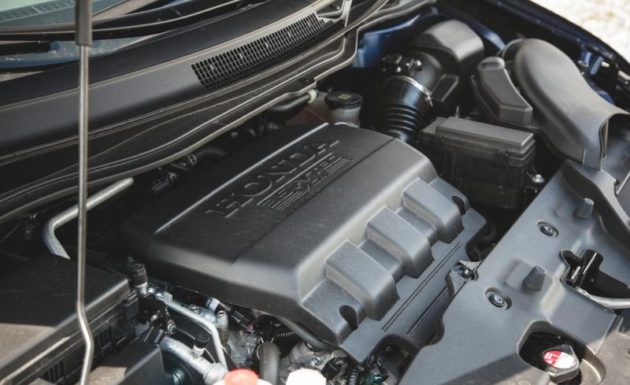 Even though the car is more than likely ready for production, Honda didn’t release a single render of the car. Why? Well, we don’t know for sure but it seems they want to surprise the competition. From the test mules we have seen so far it seems that the 2017 Honda Odyssey looks a lot more like an Acura than before. The front end is more aggressive, it features sharper angles and the rear looks to boast a roof spoiler. All of these could make a really interestingly looking minivan but the end result is still far from release.

Inside the cabin of 2017 Honda Odyssey

Even though the minivan will share its platform with the Pilot SUV, it will be vastly different inside. Here, it is expected to offer a different driving position which might make use of the already well known dashboard mounted shifter. On top of that, expect the car to ditch the old dual-screen infotainment system in the favor of one that will boat both Apple’s CarPlay and Google’s Android Auto. Also, the Odyssey’s already well known trunk-mounted vacuum will more than likely make an appearance on the new model as well.

Right after BMW introduced the first coupe-like crossover in 2009, several other carmakers decided to try their luck in the …