Last year Honda sold more than 350,000 units from the CR-V which is a much higher number than any of their other cars. Because its success, many people thought that the new model would be released in the early 2018. Well, they pretty much took everyone by surprise and released the 2017 Honda CR-V last month. However, even though the car is actually all new, the changes are a lot slimmer than some would expect. For starters, it uses a new platform, it gets new engines and it is also much better in terms of interior quality. The look of the CR-V on the other hand is not all that different from the previous model which is understandable considering that Honda wants to keep the car’s appeal going. The new platform the CR-V is based on is the same modular architecture which underpins the new Civic. This allowed them to drop around 100 pounds for a base model and as much as 200 pounds from the all wheel drive version of the car. The new chassis is also significantly stiffer than before which allowed Honda to offer better NVH levels and a better overall driving experience. The new CR-V will hit the showrooms in December and its price should be kept at roughly the same level as before. There will be some changes for the higher end models which will be available with a new engine that will definitely add to the cost of the car. 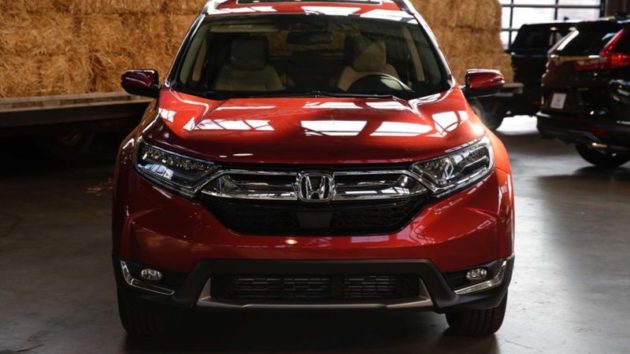 Even though the 2017 Honda CR-V is a really good looking car, it is not nearly as new as we hoped. Instead of going for something all new, Honda decided to basically facelift the older model. This move allowed them to keep the model’s identity but at a cost. The front end is new with a larger grille, the headlights being integrated in it, as well as a more aggressive general feel. However, from the profile the new CR-V is nearly identical to the older model sharing the entire glasshouse with it. Because of that the CR-V does have an odd set of proportions which may not be on everyone’s taste. The back is a bit better with the new vertical tail lights and the large tailgate which really sets it apart from the competition. Here things are much better than on the outside. For starters, Honda completely redesigned the dashboard and layout of the cabin. The driver gets a much cleaner instrument cluster with a larger center-LCD screen, the controls have been moved to allow for better comfort and the materials have improved quite a bit. The instrument cluster also received a volume knob which has been requested ever since the previous model was released. Even though it may not seem like it, thanks to the fact the wheelbase has increased, the new 2017 Honda CR-V can provide significantly more rear legroom and more trunk space than pretty much any of its direct rivals. 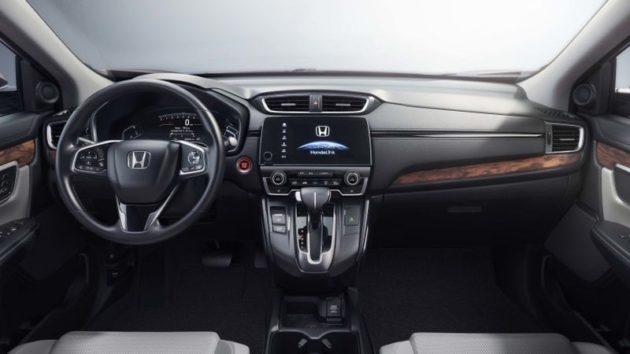 Well, the CR-V gets as standard pretty much the same 2.4 liter naturally aspirated inline 4 as before. This provides 184 horsepower and 180 lb-ft of torque which is slightly less than before. The main reason for that is an updated injection system which should provide better fuel economy. The big news come in the form of a 1.5 liter turbocharged inline 4 which provides 190 horsepower and 179 lb-ft of torque. Even though it looks similar, the turbo-four is definitely the one to go because it has a much broader torque curve. On top of that, it is significantly more efficient and according to Honda it should become the bulk of sales for the CR-V. Released nearly two years ago, the new Tacoma is one of the least interesting medium size trucks on the US …