Right after BMW introduced the first coupe-like crossover in 2009, several other carmakers decided to try their luck in the new-born segment. So, Mercedes-Benz and Cayenne launched their couple-like crossovers right after BMW’s newbie was born. Now, another great company will also delight us with a model of this kind. Yes, Audi will soon introduce the Q8. The carmaker confirmed that their new player would be something brand-new, something sportier than the Q7. They still keep details under wraps, but we would like to give you some hints to get a picture of the 2017 Audi Q8. Read all details about the 2017 Q8 in the article below. 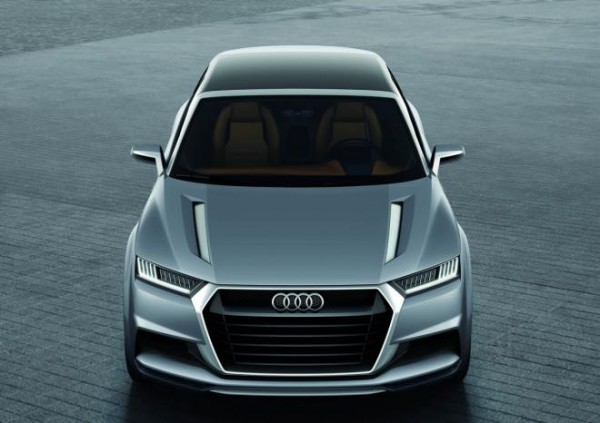 The carmaker announced that the Q8 represented a sportier version of their Q7, but exterior wise, the two carry completely different styling cues. At this point, we know that the next-gen Q7 will be the last model based on the carmaker’s current design language, which means that they prepare something brand-new for the Q8. Allegedly, the newbie will be established on the Prologue concept. What we expect? Well, we assume that there will be many new features and among them the large grille, thinner headlights, and coupe-like roof. The overall length of the vehicle should be around 197 inches. Also, the vehicle will sit on recently developed MLB platform. It is the same platform that underpins the Q7, Volkswagen Touareg, Lamborghini Urus, and others. That’s pretty much it. More details will be announced closer to the vehicle’s release.

The Q7 and the Q8 will have different exterior design, but it appears that the two will have similar cabin, at least when it comes to technology. Design wise, the new player will borrow most of its cabin from the mighty A8 sedan. It is at least what some trusted sites reported. If this turns out to be true, we believe that we will be offered plenty of Alcantara, leather, and aluminum inserts. The list of technological features and gizmos hasn’t been announced, but since it is a brand-new model, we expect to see nothing but the latest. Let’s check more details about the 2017 Audi Q8 engine. 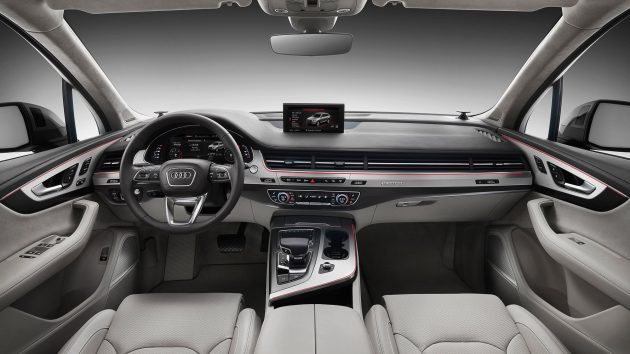 Details about the engine for the 2017 Q8 are veiled in secrecy too, but it seems that the carmaker will offer a wide range of engines for the newcomer. The engine lineup will probably consist of the carmaker’s 4.0-liter TFSI and 3.0-liter engines. Plug-in-hybrid is also in the game and we strongly believe that the carmaker will follow the latest trends and include it as an option. At this point, it is pretty hard to tell details about the price or even release date. Since the carmaker is pretty quiet about the 2017 Audi Q8, we believe that the vehicle won’t see the light of the day in the near future, at least not in the first half of 2016. According to some sources, the Q8 could start at £50,000 or $78,300. The highest-trim level might reach £90,000.