Honda’s Type R has been one of the best hot-hatchbacks ever since it was released but so far the US market did not receive it. Honda thought that the car would simply not appeal to the US customers but it seems that this is about to change. Not that long ago Honda announced that the new Type R Civic would be offered on the US market with minimal to no changes over the European model. This is great news, especially now when they have showcased a prototype of the upcoming 2018 Honda Civic Type R. Even though at this point there is still very little information about the car, it seems that it is going to be one of the most impressive hatchbacks out there. 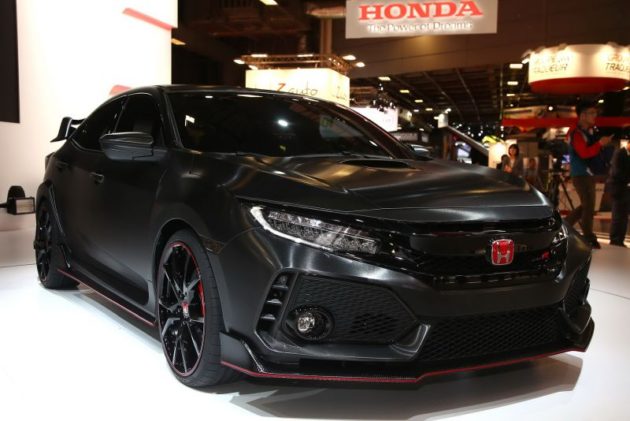 So far many people said that the Type R can barely compete with the Golf GTI or the Focus ST. However, the previous model was easily outrunning the two with the upcoming one being expected to directly rival the likes of A45 AMG and the Focus RS, two of the fastest hatchbacks ever made. The price is still unknown but expect the Type R to be among the more expensive cars in its class. Some even suggested a retail price of nearly $35,000 which would put it right at the same level with the Focus RS. It still is quite early to say anything about the price-tag but it seems that the Type R might be well worth it. 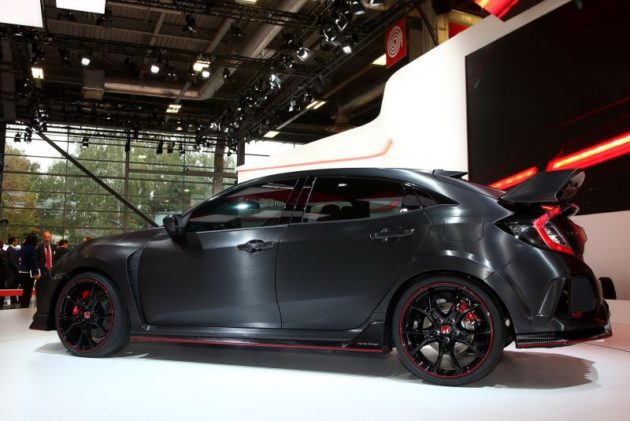 The chassis of new Type R

The 2018 Honda Civic Type R is actually using the new modular architecture which debuted a few months ago on the new Civic. Because of that the car will have little in common with the older model. Despite that, Honda assured us that the 2018 car will be faster, better to drive and significantly more thrilling. All of these might just make it the best in its class which is not an easy feat at this point. The best part about the car will be its front wheel drive layout. While pretty much all of its rivals went for AWD, Honda will stick to its roots. This means a much better suspension system in the front, a limited slip differential and likely one of the best traction control systems on the market. The car is also expected to feature wide 245 section tires which would be among the widest in its class. 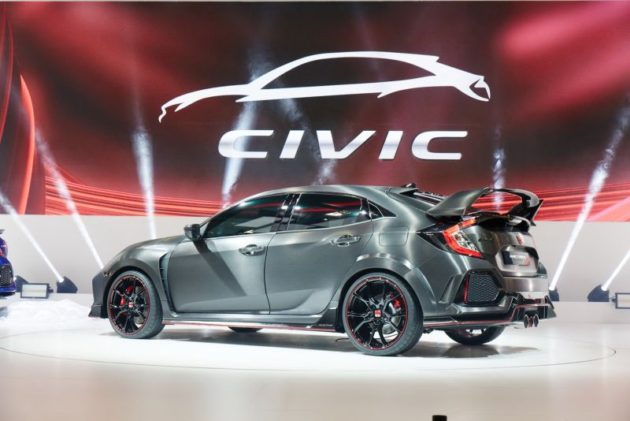 What makes it a Type R?

The chassis is not the only important factor about the car. The engine is the second most important thing about it. It seems that the 2018 Honda Civic Type R might get to use a revised version of the 2 liter turbocharged DOHC VTEC unit found in the older model. Even though this is not official, there are some insiders suggesting as much as 340 horsepower sent through a six speed manual to the front wheels. This package has never been done before on a mass-market car and the only other FWD car with so much power was the limited edition Focus RS500 a few years back. Honda said that an automatic is out of the question with the only unclear factor about it being the FWD layout.

Because the Type R will become the Civic’s new flagship, it will also look like one. For starters, the Type R is expected to be sold only in hatchback form, at least in Europe. The US market might get a sedan or a coupe but it still is early to say much about these. The prototype showcased a few days back builds up on the new car with a much more aggressive stance, massive air intakes and a lot of red accents. These have been seen on the previous model so it is safe to assume the production version won’t be all that different.