The spiritual successor of the 1973 911 RS was primarily introduced in 1999. The company started to use the name “RS” in 2003 to name a track-focused and better version of the 996 GT3. The very first model was powered by a 3.6-liter flat-six power unit with the maximum output of 381 hp and when the 997-generation version was launched, the engine produced 415 horses. In 2009, the 997 RS was powered by a 3.8-liter six-cylinder engine with maximum output of 450 ponies. For 2014, Porsche introduced the GT3 RS with a 4.0-liter engine which produced 500 horses, when the 997-gen RS came to an end. Finally, the company introduces the 991-gen 911. The vehicle was unveiled at the Geneva Motor Show in 2015 and it is clearly visible that it has undergone many changes in terms of styling and features. The greatest news when it comes to the 2016 Porsche 911 GT3 RS is that this road-legal racer keeps the traditional naturally aspirated engine. Many people believed that this engine would be dropped off, but the flat-six will stay under the hood of the newcomer. It seems that the GT3 RS only took the rear fenders from the 911 Turbo.

When we compare the upcoming 2016 Porsche 911 GT3 RS with the previous 997-gen GT3 RS, a great number of new features have been added to the newcomer. As you can assume, the vehicle will be even greater than its venerable predecessor. Of course, the upcoming model will remain recognizable GT3 RS and some of the design cues of the previous model have been carried over as well but it can be easily seen that the company put a lot of effort to restyle and improve the upcoming generation. On the front fascia of the car, you will notice a bumper with a completely new design. The redesigned bumper now features larger air intakes and newly designed LED strips. There is also a larger splitter. The new bumper seems to be sculpted deeper on the sides. The turn signals of the cars have also received a slightly different design. The hood and headlights are also different from the outgoing model. The front fenders feature louvers just above the wheels. Thanks to the louvers, ground clearance of the care is increased which gives it a more menacing and more powerful look at the same time. The rear fenders now arrive with turbo-like intakes. The new side-skirts and new wheels are also recognizable 991-gen RS package but they look great on the new model as well. Porsche’s new 911 GT3 RS is significantly lighter than its predecessor. The engine of the vehicle is made out of carbon-fiber and the roof of the car is for example made out of magnesium. This trick enabled the designers to lover the center of gravity for better lateral dynamics.

The interior design of the 2016 Porsche 911 GT3 RS is based on the current GT3 model. The layout will be simple, yet sporty with massive amount of Alcantara. The new model gets newly designed full bucket seats, which are similar to the carbon seats in the 918 Spyder. The cabin will be stuffed with great number of advanced technological features for even greater and more outstanding driving feel. The final list of features is unavailable but we will get it soon and share the same with you. 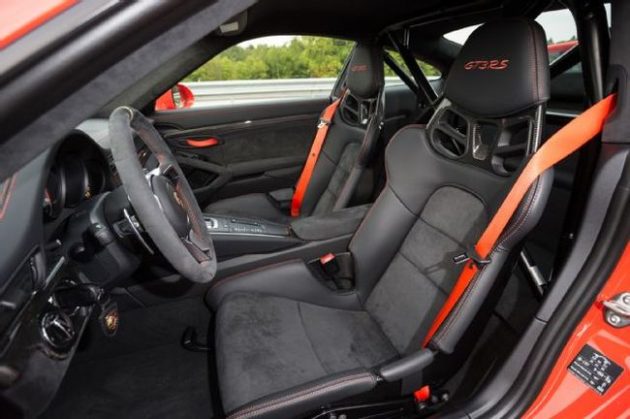 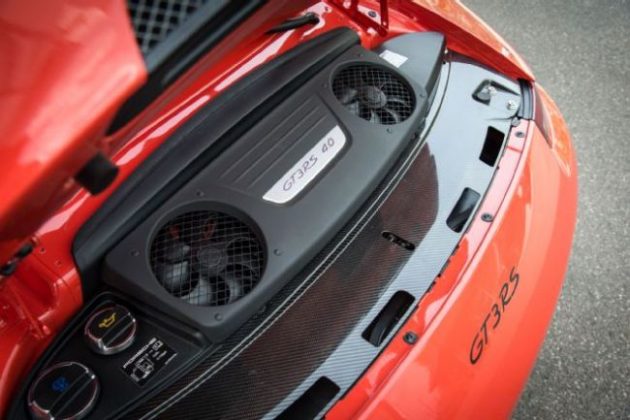