Hyundai is getting ready to launch its first full-size four-door luxury vehicle called the Genesis. Even though it has big names in its cross-hairs, we believe that the new Genesis will be a decent opponent. We have several good reasons to believe that the new Genesis is good enough to compete with names like BMW, Mercedes, and Audi. It won’t be an easy feat, but when you hear what the new Genesis brings to the table, you will change your mind. The first generation of the Genesis hit the market in 2008 and since then, the vehicle hasn’t been changed. The carmaker prepares major refreshment for the 2016 model year in the form of a stiffer platform, refreshed exterior styling, and better engine options. To learn more about the 2016 Hyundai Genesis, read the article below.

We must say that the new generation of the Genesis looks much more powerful and luxurious compared to its predecessor. The main culprit for the Genesis’s good look is the carmaker’s new design language called the Fluidic Sculpture. Models based on this design language come with organic shapes, rounded lines, and curved swoops, so does the new Genesis. The front end of the car is occupied by an Audi-like grille, Mercedes-like headlamps, and BMW-profile. Well, Hyundai borrows a lot of styling cues from its main rivals, but we must say that it combined all of them in a pretty nice way. This time, Hyundai offers the Genesis in ten different exterior colors, including Marrakesh Beige, Parisian Gray, Ibiza Blue, and others. It is also necessary to mention that the newcomer comes with a longer wheelbase, HID headlamps, LED daytime running lights, and shortened overhangs.

There are two engines available for the 2016 Hyundai Genesis, both of them using direct fuel injection. The engines we are talking about are a 3.8-liter V6 and a 5.0-liter V8. Of course, both engines are highly revised and offer better performance and fuel economy. The former is good for 311 hp and 293 lb-ft of torque, while the later makes 420 hp and 383 lb ft of torque. Both of them are backed by an 8-speed automatic transmission with different ratios for the two engines. Fuel economy of the V6 engine is rated at 18/29 mpg city/highway with rear-wheel-drive system, and 16/25 mpg with all-wheel-drive system. 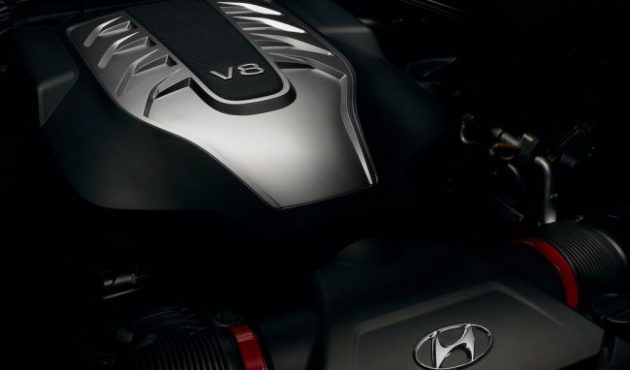 The company paid close attention to the 2016 Hyundai Genesis ’s interior since they want to climb to the throne of the luxury cars segment. All passengers inside of the cabin will enjoy class-leading headroom, legroom, and shoulder-room space. The first thing you will notice is a brand-new steering wheel with simplified switch-gear. The front seats are 12-way adjustable power adjustable units that can be heated and ventilated. For premium look, the carmaker used top-notch materials such as leather, matte-finished wood, and aluminum. The cabin also gets a lot of sound insulation, improved sealing, stiffer chassis and many other features that reduce vibration, noise, and harshness inside of the cabin. 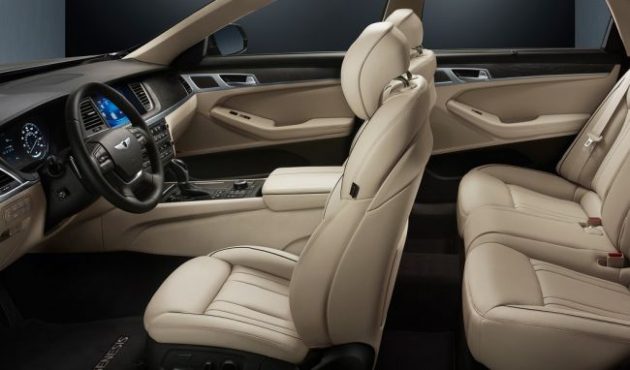