Ford’s excellent F-150 arrived on the market in 1975 when the company wanted to span the gap between the venerable F-100 and F-250. The company will put the vehicle on diet, but still 2015 Ford F-150 will be one of the toughest trucks on the market. The frame of the newcomer will be made out of high-strength steel, while the cabin and box will be made out of aluminum. The vehicle will be offered with regular cabin, SuperCrew and SuperCab cabin styles, while boxes will be 8, 5.5, and 6.5 ft. To cut the long story short, let’s start with more details immediately. 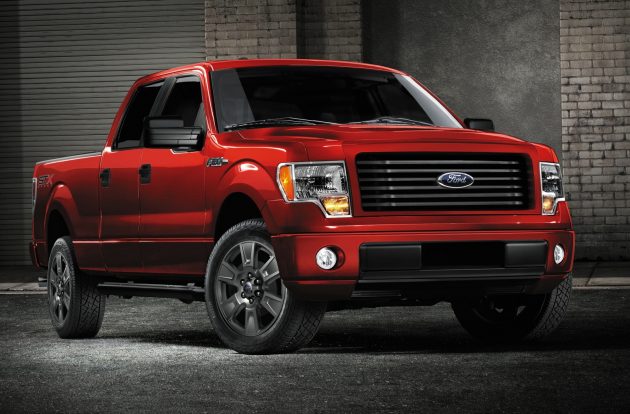 For the 2015 model year, Ford offers us a completely redesigned version of the F-150 with an unprecedented design language. Well, even the F-150 logo has been redesigned, so what else to say? The vehicle arrives with new high-strength, military-grade alloys which blend perfectly with the rest of the vehicle, and give it a powerful, and yet stylish look. Thanks to the new, high-end materials, the vehicle has lost weight, which will further enhance its performance, fuel efficiency, and acceleration.
The front end of the truck will sport a new three-bar grille and distinctive LED headlamps for enhanced night vision.

The well-known bumper section gets integrated LED fog lights. The rear end of the 2015 Ford F-150 also gets new taillights with LED technology. A more prominent spoiler has been added to the tailgate which is by the way electronic-operated. As for the equipment, the vehicle arrives with a 360-degree camera view, smart trailer tow module which alerts the driver about any potential trailer issues, integrated loading ramps, LED-lit cargo box, and many others. 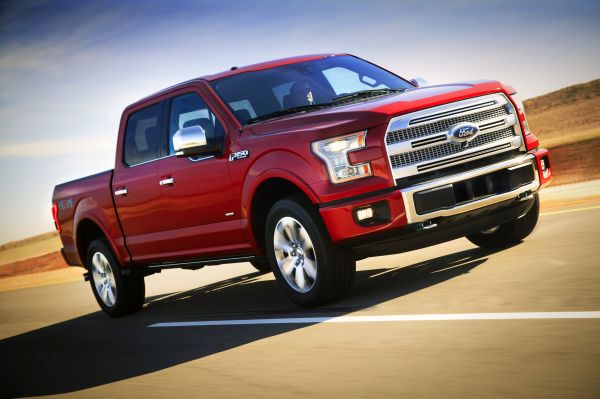 Details about the interior design of the upcoming 2015 Ford F-150 are still veiled in secrecy, but luckily there are many rumors and speculations that help us to get a clear picture the way the cabin of the newcomer could look like. We have verified information that the materials for the upholstery and covering surfaces will be only high-end ones.
The cabin will also be improved in terms of technology, so most probably SYNC MyFord Touch with 8-inch screen will find its spot in the 2015 Ford F-150 instrument cluster. The cabin will also get a new steering wheel with great number of controls. A 400-watt and 110-volt outlets will find their spot inside of the cab too. 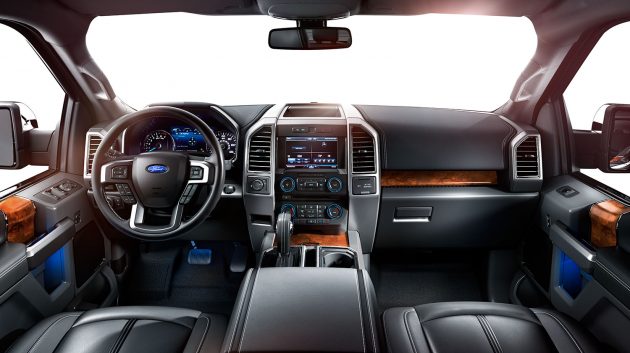 The new 2015 Ford F-150 will be offered with a choice of four different drivetrains. The first engine option is a 3.5-liter, naturally-aspirated V-6 which is the base engine. A mid-level engine is a 5.0-liter, naturally-aspirated V-8 unit. There will also be twin-turbo 3.5-liter EcoBoost V-6 and brand-new 2.7-liter EcoBoost V-6 units. The new 2.7-liter EcoBoost V6 engine has the capacity to generate up to make 325 horses and 375 pound-feet of torque. The 3.5 liter V6 makes 283 hp and 255 lb-ft of torque. 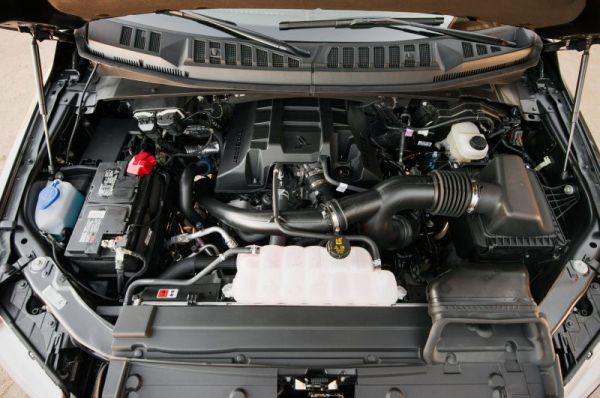 The 2016 Ford Mustang EU-Version will, when hit the European car markets, be just another pretty attractive and among the …