The new generation of the Equinox has been released earlier this year and so far it has proven to be rather impressive. For starters this new generation is based on an all new platform which is both more structurally sound as well as lighter than the one before it. Thanks to it the 2018 Chevrolet Equinox is with up to 300 pounds lighter which is impressive. However, it is also worth mentioning that it is slightly smaller than before. Chevrolet made this move in order to better differentiate it from the rest of their compact crossovers using the same platform.

The car starts at less than $24,000 making it one of the more affordable crossovers around. However, this doesn’t mean it is cheap. In fact it gets rather expensive with options with some models going for well past $40,000. On top of that it doesn’t really offer all the safety kit as standard which is not ideal. Luckily the Equinox manages to impress with its highly capable running gear and very comfortably cabin. Not only it drives better than before but it is better than most of its rivals. New Equinox is already available in dealerships. 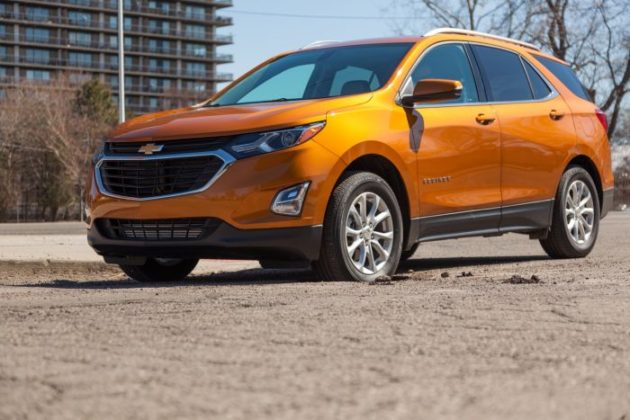 The design of the 2018 Chevrolet Equinox is an evolutionary one so it still shares some cues with the older model. It gets the same two-piece grille as before but the rest of it is new. The headlights are swept back, the fog-lamps have a triangular design for added aggressiveness while the hood is lower. In the back the Equinox looks a bit more conventional than before with a small roof spoiler and wider tail lights. Because the car is smaller it also looks more compact and ready for anything. The only real drawback with this new design is the lack of a sports model which is more than likely going to be added in the future.

This is a 5-seats model only but it is very good at offering 5 seats. Even though it is smaller, both the front and rear passengers get more space than in the previous generation. The materials have been improved by a good margin so everything is now soft to the touch while the cabin feels better made than before. The dashboard design has been taken straight out of Chevrolet’s other cars but that’s not a bad thing. In fact it looks on par with the best crossovers out there. The rear seats can be adjusted multiple ways while the trunk is massive. 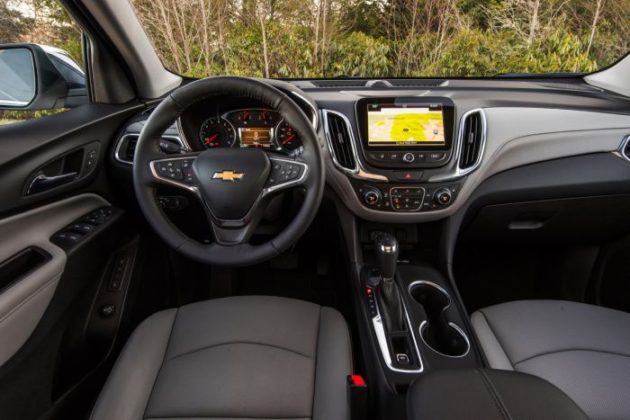 Under the hood of new 2018 Equinox

For now the 2018 Chevrolet Equinox is available with a single engine. This is a 1.5 liter turbo-four gas mill offering up to 170 horsepower and 203 lb-ft of torque at just 2,000 rpm. The engine drives either the front or all four wheels via a 6 speed automatic gearbox. Even though it isn’t impressive by any stretch of the imagination, it offers decent performance for its size. The car will hit 60 MPH in under 9.0 seconds while offering 26 MPG on average.

Later down the road two more engines are going to be added into the mix. There will be a 1.6 liter turbocharged diesel with 136 horsepower and 236 lb-ft of torque as well as a larger gas engine. The diesel is set to offer north of 40 MPG on the highway while also delivering good performance for its output. The larger 2.0 liter gas engine is set to offer 252 horsepower and 260 lb-ft of torque. This will be available with a 9 speed automatic and it should allow the Equinox to shine. With it, the car is expected to hit 60 MPH in under 6 seconds while offering similar fuel economy to the 1.5 liter turbocharged mill.