After Maserati managed to improve their sales tremendously with the help of the Quattroporte and the Ghibli, they also started looking at new possibilities. One of these is the 2017 Maserati Alfieri which has been released in concept form back in 2014 and later in 2016 as a Pebble Beach show-car. The car was supposed to be a smaller and better to drive GranTurismo but so far not much has been said about a future production model. Luckily though it seems that the car is more than just a concept. For starters, Maserati’s CEO suggested that the car is going to use a new platform which it will share with the larger GranTurismo. 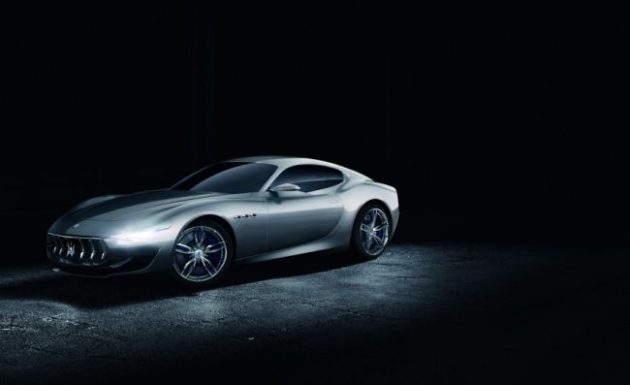 For starters, the new platform is supposedly going to be based on that of the Ghibli. However, they said that the stock chassis is too heavy so the one underpinning the Alfieri is going to be a derivative of some sort. We expect them to make heavy use of aluminum and composites such as carbon reinforced plastics. This would allow Maserati to drop the weight significantly while maintaining, or improving, the structural rigidity of the car. There is no word on the release date but it seems that a production-ready version might be showcased by the end of 2017. The price for the production car is expected to be set at less than $100,000 in order to compete with the base 911, the AMG GT and the Jaguar F-Type. 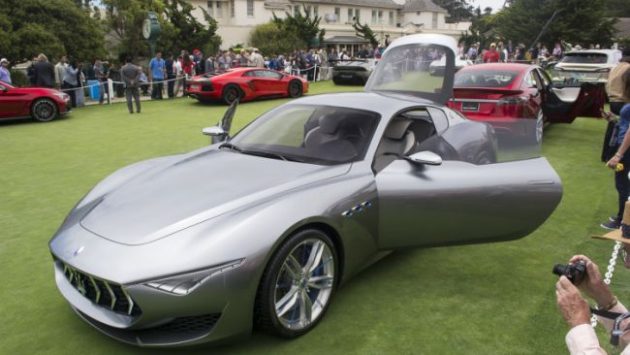 Despite Maserati’s current lineup being pretty much up to date with their corporate look, the 2017 Maserati Alfieri looks very different. In the front we can see a grille that has some cues in common with that of the GranTurismo. However, the v-shaped headlights as well as the large air intake in the bottom make it a bit more aggressive than its more expensive counterpart. The back on the other hand is all new. The Alfieri actually features a hatch-door and it seems to take inspiration from the LFA with a really short, yet stubby, back end. The end result is a miniature version of the GranTurismo that has enough unique details to make it interesting. 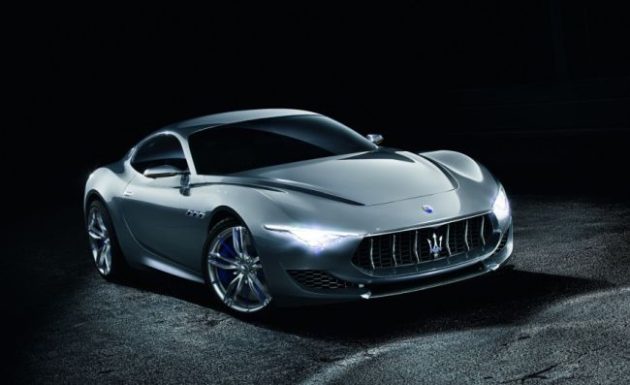 The interior of Maserati Alfieri

Back in April 2016 Maserati showcased the interior of the concept car which is quite minimalist by today’s standards. The production version is expected to borrow the curvy dashboard and the pushed-back driving position. However, the materials and the lack of buttons won’t be seen on the production model. Instead, expect the car to share quite a few parts with its sibling, the Ghibli. This will allow them to reach the target price without having to cut on quality. 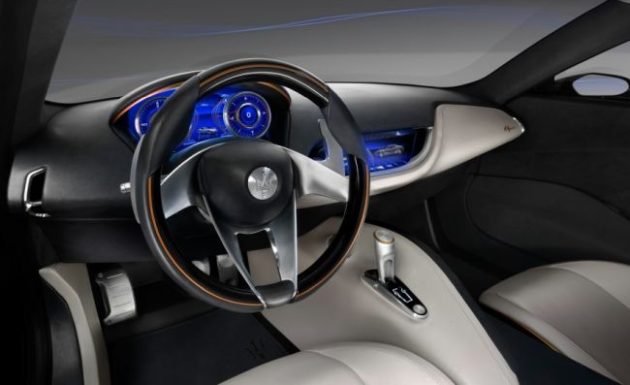 Under the hood of 2017 Maserati Alfieri

Even though at this point it is very early to say anything for sure, it is safe to assume that the 2017 Maserati Alfieri will use already well established engines. The base car might receive a 3 liter twin-turbo V6 which could offer between 350 and 410 horsepower. This has been used before on both the Quattroporte and Ghibli and it is a very capable unit. A V8 is also likely to be used on a higher end version. The only one that could fit the bill is the Ferrari-developed 3.8 liter twin-turbo V8.

This engine is known to be capable of over 530 horsepower and 480 lb-ft of torque. While the output is lower than that of its rivals, the car should be lighter, so the actual performance will likely be on par with cars like the AMG GT R. In order to make use of all that power we may see a different gearbox than the already well known ZF 8 speed unit. Some rumors suggested a dual-clutch which would make a lot of sense in a car like this.