The Amarok is a first mid-size pickup truck manufactured by the Volkswagen Commercial Vehicles. Ever since it was introduced, back in 2010, it was offered in a two-door single cabin style, as well as four-door double cabin style. It was named after a gigantic gray wolf from the Inuit mythology. This numerously awarded vehicle is available all over the world and its newest model- 2016 Volkswagen Amarok is certainly going to retain its popularity. 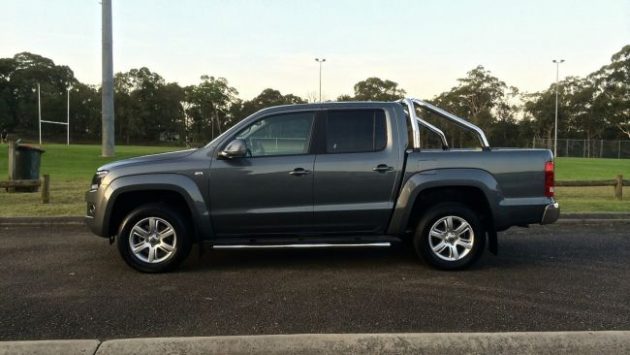 The Volkswagen is maintaining a universal look for the majority of its vehicles and Amarok is no exception. It implements some of the unique features of its own, but the basic design style is distributed across the entire Volkswagen lineup. The font of the new Amarok gives an impression of a long lasting workhorse, capable of any task thrown at it. Rectangular headlights and two-part front grille are very simply designed, which adds the sense of indestructibility. 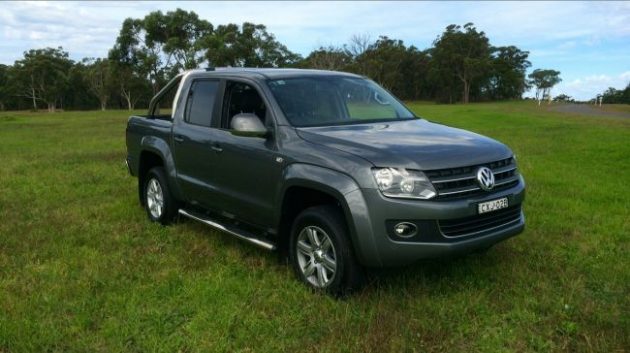 Many manufacturers claim that their workhorse models are as easy and exciting to drive as regular cars, a so-called car-like driving experience, but in reality, the Amarok is among the few that stand firm behind that assumption. The cabin is pretty comfortable for the driver and the side passenger, while the rear seats provide plenty of legroom for even the tallest people. The standard equipment includes heated electric mirrors, semi-automatic climate control, MP3 player, electric windows, while the Trend-line adds even more features, such as the cruise control system, on-board computer with infotainment system and a 6-speaker audio system. Leather upholstery, heated front seats and parking sensors are reserved for the top tier High-line. 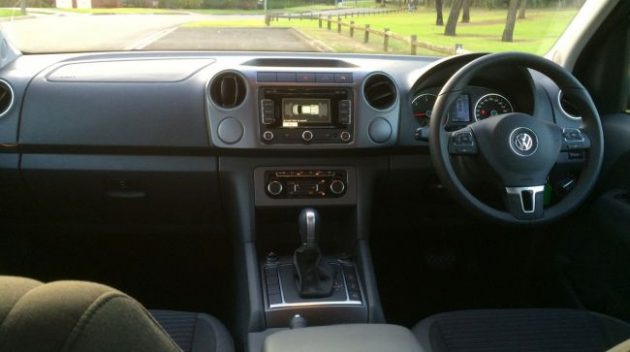 Engine wise, when it comes to the new 2016 Volkswagen Amarok, it looks like there will be two engine options to choose from. The first option is keeping the traditional, smaller 2.0 liter TDI engine, capable of delivering up to 180 HP and 225 lb ft of torque. The fans will be thrilled with the other option, which is a powerful 4.2 liter V8 TDI engine, capable of outputting a staggering 420 HP. The transmission will also come in two variants / the 6 speed manual and an 8 speed automatic. When it comes to the drivetrain, it will feature both a rear wheel drive and an AWD. The fuel consumption is improved, compared to the previous model, as the new model can travel 30 miles per gallon with the 2.0 engine, while the more powerful one keeps the mpg rating at 25 – not a bad result considering the power output. 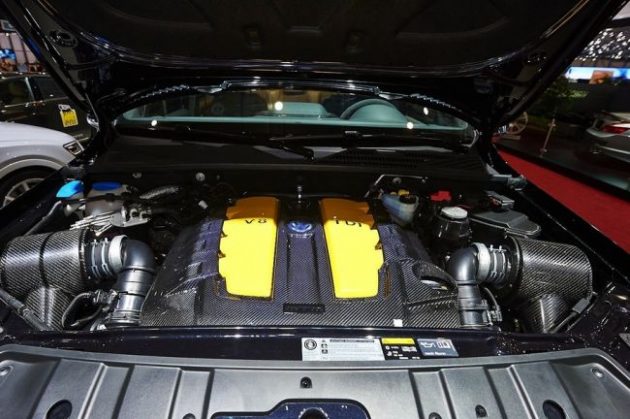 The brand new Amarok was displayed at this year’s Geneva Motor Show, and it is expected to hit the sales in the early 2016.

The company hasn’t announced any information considering the price of the 2016 Volkswagen Amarok, but it is estimated that the new model will be a little bit more expensive than the previous one, so it is safe to assume its price will revolve around $56,000. Since there will be a lot of customization options to choose from, this can only go higher.

This particular vehicle presents just a sort of a car we fancy. Absolutely from every single angle, it’s perfect. Starting …

At the New York International Auto Show, the German company confirmed that their 2016 Audi A3 is getting ready to …