People often wondered how jet pilots fly the Boeing 747. It is one of the largest airplanes in the world, yet it seems that the piloting is done effortlessly. It is super fast, but, at the same time super enormous, yet it flies with grace, like a bird. Well, the same feeling you get when “piloting” the new S8 – you will only need a pilot suit, a cap and equally skilled co-pilot and you are ready for the take off. With the most powerful engine Audi has to offer, the new 2015 Audi S8 is an amazing car and so much more than the “faster A8”. 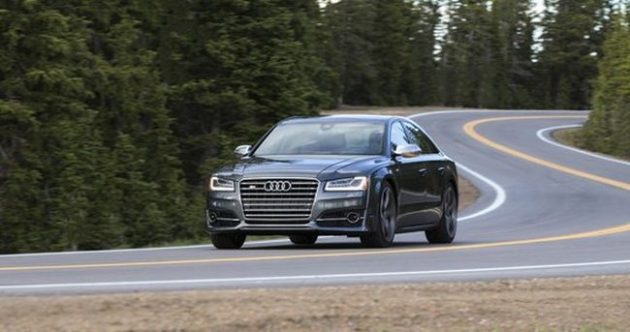 The new S8 will feature only one trim level. That is not a surprise, as you are either buying the flagship or you are buying an A8, chasing the top with the trim levels. Like the A8, upon it is based on, the new S8 is built almost entirely of aluminum, making the car super lightweight. The new S8 shares the front fascia with the A8, including the revamped grille contour and freshly designed headlights, except for the front bumper that distinguish the S8 from the regular A8. Instead of the interconnected air intakes on the sides of the grille (found on the A8), the S8 kept its set of disjunctive air intake openings, like on the previous model, but with a slight redesign. The back of the car hasn’t suffered any changes compared to the new A8, as it features the same chrome stripe that runs across the trunk lid, connecting the taillights. Both taillights and headlights feature same design as the A8, as well as the LED pattern. The new S8 will not have an “L” version of the model, like the A8l. 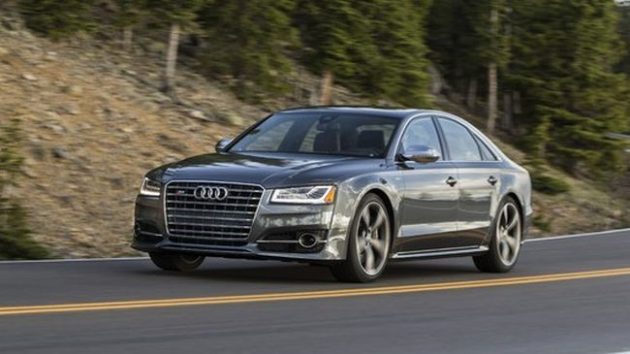 The interior of the 2015 Audi S8 features a cabin found in a spaceship – if one existed. The craftsmanship is amazing, as the new S8 features full leather sports seats, with quilted leather elements, while the choice between wood or carbon fiber details is left to the buyer. Leather coated 3 spoke smattering wheel centers the dashboards, that features an LCD display placed between the gauges. Aluminum pedals and leather coated dashboard are also a nice touch. The cabin doesn’t lack techno goodies, neither. The new S8 features a set of powerful 19 speaker 1200 W sound system, signed by the Bang & Olufsen, 10 inch LCD displays with entertainment system, mounted behind the front seats, as well as the four zone automatic air conditioning system. Audi’s MMI infotainment system is its heart computer, in charge for entertainment and navigation functions. 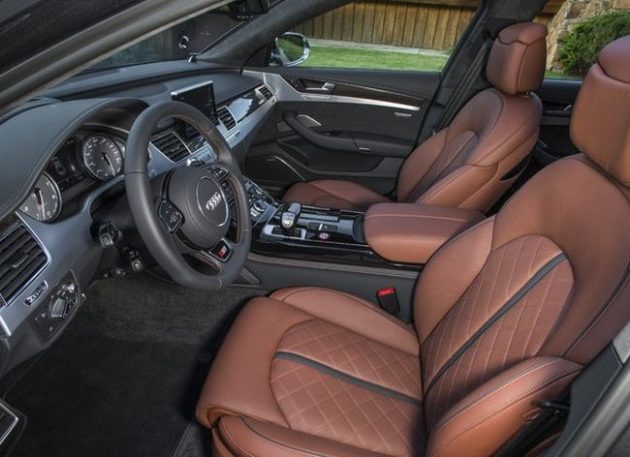 Under the hood of the 2015 Audi S8, we find a 4.0 liter supercharged V8, capable of delivering a staggering 520 HP and a maximum output of 479 lib ft of torque. Yes, it is even more powerful than Audi’s famous W12. The engine is capable of pushing the car from 0 to 60 in just 3.5 seconds and for a car that weighs almost 4,700 pounds, that is not a small thing. It will come with AWD system, as well as with the new carbon-ceramic brakes. The car will feature a unique Cylinder on Demand system – a concept design in order to minimize fuel consumption – that, basically shuts down 4 cylinders, converting the car into a V4, when necessary. 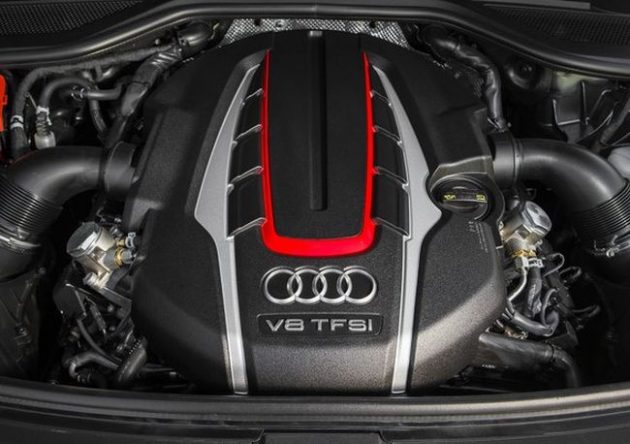 2015 Dodge Dart is a sedan car type which will come with new aggressive look. New Dodge Dart comes with …

When it comes to four-door family sedans, there is one model that is especially popular in the North American car …