Home
Accessories
Are All GM LS Injectors the Same? Know The Differences

If every new mobile phone and electrical equipment came with the same charging cable, that would be wonderful. However, ours isn’t an ideal world. The same holds for electronic fuel injectors.

A new LS injector is released as soon as you get familiar with the current version. So, you must learn a new set of settings. The automotive repair businesses may benefit from this continuous evolution. The repair is finished once you swap the damaged injector with its proper replacement.

However, this constantly growing selection of fuel injectors presents both opportunity and confusion for performance engine builders, EFI swappers, and ardent engine mechanics. So, you need to understand the fundamental differences between available LS injectors.

The Differences between Physical Size and Connectors

Understanding the differences between various LS injectors is essential whether you are a newbie enthusiast or an expert. Let’s start with the actual size of injectors and see how they vary. This is a result of the extreme size changes throughout time. This understanding will give you a better understanding of different LS injector options for your needs. Around 1985, the early Bosch-style multi-point injectors made their debut in GM TPI engines. Physically speaking, these injectors are the biggest and tallest of all the injectors. Since today’s more powerful engines need higher flow rates, these units are waning in use.

There are no fewer than three distinct names for the connection that was utilized by these Bosch injectors. The Jetronic, the Bosch moniker for their early fuel injection technology, is the source of the first mention.

This connection grew into the Minitimer, which has now changed into the EV1. The situation quickly gets confusing with three alternative methods to explain this electrical connector. This injector was still in use in certain cars as of the mid-2000 model year. 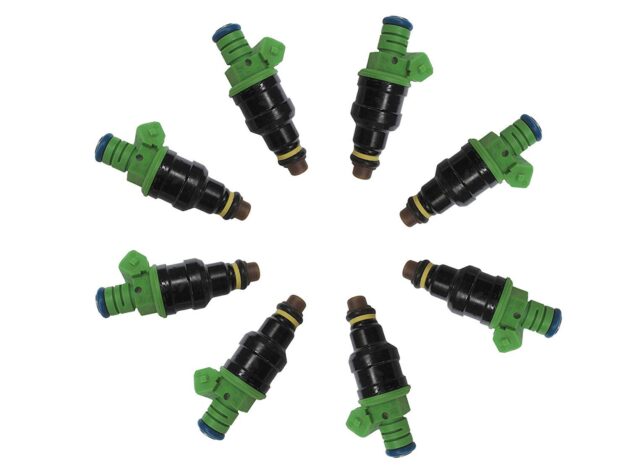 The LS1 injector from the first generation comes in second place in terms of height. Compared to the early Bosch injectors, this device is substantially smaller and somewhat shorter, occupying much less space.

Although seeming more contemporary, these early injectors still had the EV1 or Minitimer/Jetronic connection and were utilized in LS1 passenger vehicle applications. Regrettably, GM decided against using this injector in the trucks and went with a new injector.

The original LS1 fuel injector, which engineers created for the 5.7L engine, is often regarded as the industry standard for this series of engines. Approximately 255 liters per hour run through it. Consequently, this is ideal for the majority of street applications. The LS1 engine was produced from 1997 to 2004. 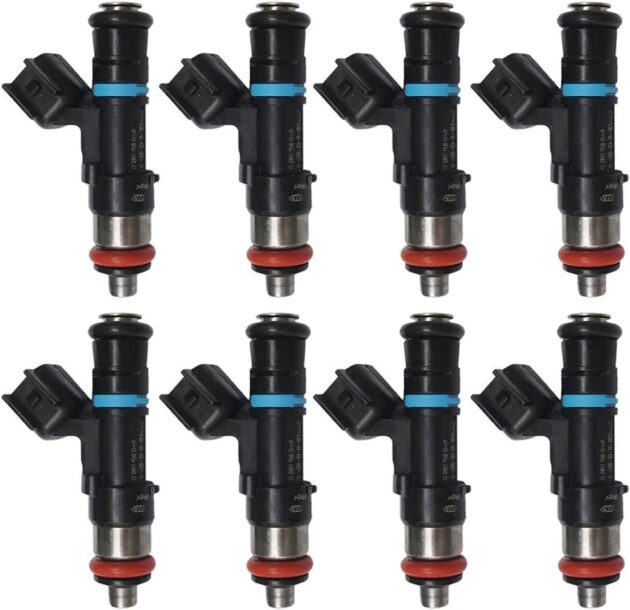 For the 6.0L engine, engineers created the high-flow LS2 fuel injector. It can accommodate approximately 315 liters per hour. This makes LS2 injector a fantastic option for individuals who want their engine to have greater power and torque.

The 4.8L, 5.3L, and 6.0L LS engines, among other early Gen III truck engines, were specified with a significantly shorter injector body that maintains the LS1/top EV1s and lower O-ring dimensions.

LS2 is somewhat shorter than the LS1 injector. Its Multec 2 connection distinguishes this vintage truck injector. Since most aftermarket EFI systems are designed to work with the more recent EV6 injectors, an electrical connector is often necessary to use the older truck injectors. Around the 2007 model year, the truck injectors underwent another update. Manufacturers modified the electrical connection to match the contemporary LS3-style injectors utilizing an EV6 connector. However, their height and O-ring measurements remained the same. Although it shares an electrical hookup with its LS3 cousin, this truck injector is 0.370 inches taller.

GM changed the injector type for passenger cars to the Gen IV, short LS3 version. This variant utilizes the EV6 or USCAR connection. The smallest of the factory injectors, this variant can blast out a lot of fuel. So, you shouldn’t mistake its diminutive size for a lack of flow capability.

In the LS family, the LS3 fuel injector is the biggest. It has a flow rate of around 375 liters per hour and was developed for 6.2L engines. This makes the LS3 injector the ideal option for individuals who want their LS engine to have the highest power and performance.

Find the Best LS Injectors for Your Needs

You can find the best and the most suitable components at Snake Eater Performance from your favorite supplier. So, you may get high-end goods with a lifetime guarantee for an unbelievable price. Get in touch with our helpful and informative staff if you need assistance choosing the ideal LS injector for your vehicle. Click here and discover our high-performance Snake Eater fuel injectors.

Things get older much faster in today’s world due to fast innovation and new technologies releasing every day. The same …

Doesn’t it feel like your whole schedule and day changes when you get a crack in your windshield? One moment …

It is crucial to select rims and wheels that fit well with your vehicle needs. You might have the best …