Throughout its lifetime the Camry received mild updates in order to allow Toyota to keep the car’s character unchanged. However, because of that the car also became seen as one of the dullest models on the market. It seems that this is about to change which is quite interesting, especially for the Camry. Not that long ago a prototype of the future 2018 Toyota Camry has been seen wearing quite a bit of camouflage. The most interesting part about it was the way it sounded and the quad-exhausts. This may mean a TRD model is on its way but more on that later. 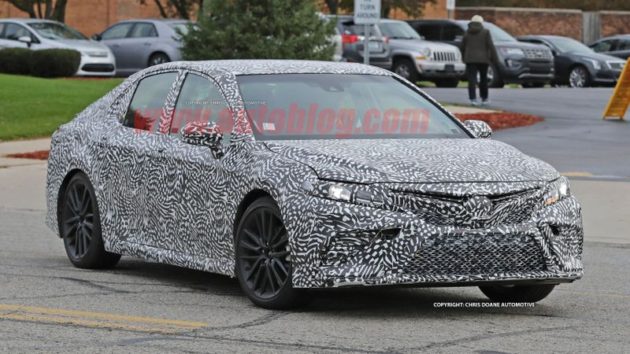 Why change it now?

Even though we are quite sure most customers would still be happy with the older model, the competition is stronger than ever. Cars like the new Fusion Sport or the highly capable Mazda 6 made many people look away from the Camry. A new model would allow Toyota to keep ahead of the competition and likely become the new leader of the segment. 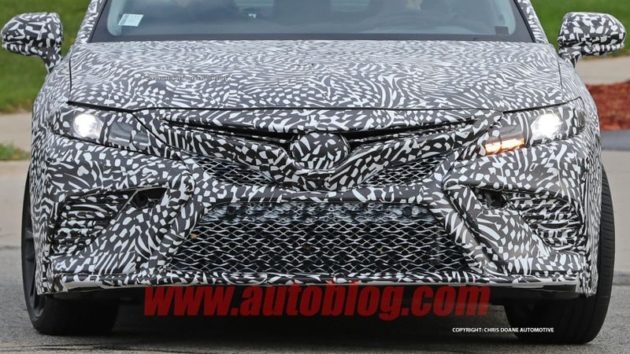 What we know about it?

Well, the upcoming 2018 Toyota Camry will not only receive a new trim level and call it a day. In fact, the entire car will be all new. For starters, this will be one of Toyota’s first models to use their highly modular Global architecture. This should allow them to keep the weight down while having a larger car than before. With the new platform we might also see new engines and a new transmission. The car should be released by the end of 2017 with the production ready model coming shortly after that. Even though its price is unknown, expect the base model to cost the same as before. The highly anticipated TRD version on the other hand will likely cost between $32,000 and $35,000 in order to compete with the Sport Fusion. 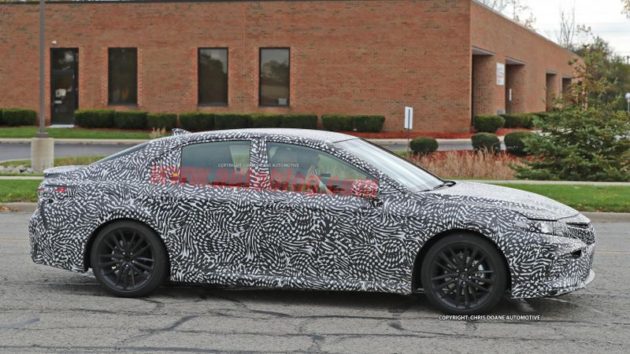 Test mules of the new Camry have been around ever since the late spring 2016. Most of these were using the sheet metal from the previous car. However, not that long ago prototypes of the car have been spotted wearing an all new model. From what it seems, the new Camry might be slightly wider, it might boast a longer wheelbase and it will definitely have a sportier design. The roof seems raked towards the back which is quite interesting for this class. The front end does take from Toyota’s other models but it is unique and it seems to be a great successor for the older model. The TRD seems to boast 19 or 20 inch rims, a quad-exhaust system and a lower suspension than the base car. At this point there is nothing about its cabin but we do expect similar changes to those made in the RAV4. 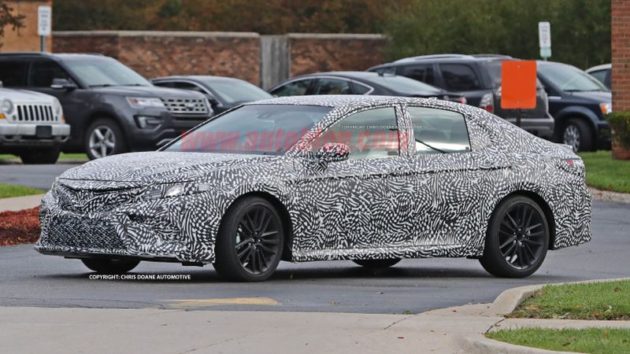 There are two possible options here. The 2018 Toyota Camry might get a new turbocharged base engine. However, considering its rivals, it is safe to assume that the 2.5 liter naturally aspirated inline 4 will be heavily revised for the new car. Expect roughly the same output with better fuel economy and smoothness. The hybrid might still be around at that point but nothing has been confirmed by Toyota. The top end model will likely stick with the naturally aspirated 3.5 liter V6. 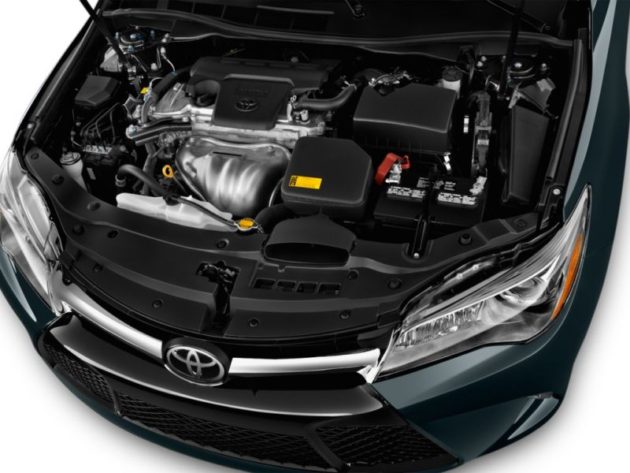 This time around though the engine might come in two different outputs. A 280 to 290 horsepower version might power the usual luxury trim levels while the TRD would get a different version of the same engine. This is actually expected to make over 300 horsepower which would allow it to compete with the more powerful rivals. An eight speed automatic is expected across the range with front wheel drive being offered as standard. All wheel drive might also become an option after missing for many years.