Up until a few years ago the American truck market was evenly split between Ford, GM and Ram. However, things change over the years and this is no longer the case. Ford is currently dominating the market with GM coming in second by a big margin. Ram on the other hand comes in third mostly due to the fact their trucks are no longer current. The ongoing 1500 has been released back in 2008 while Ford’s F-150 is barely a couple of years old. In order to get back in the game a new model is going to be released with the 2018 Ram 1500. This should hit the market in January 2018, right in time to compete with the new Silverado and the updated F-150. 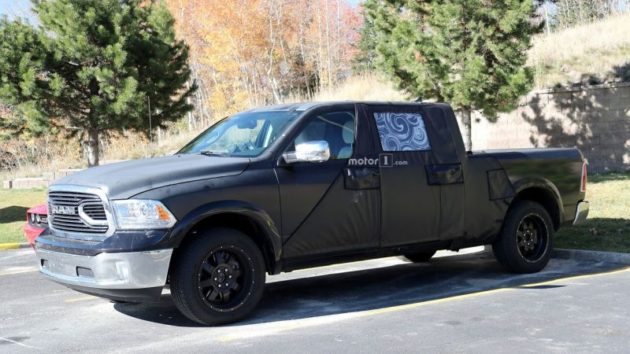 Thanks to the fact this time around Ram is not going to be late to the party we should see a much closer battle between the three. For starters, the new Ram 1500 is expected to be an all new truck with a new chassis, new materials and new engines as well. The end result should be a more efficient and more capable mid-size truck that will also appeal to a larger market. How? Well, the design as well as the models will change dramatically over the ongoing model. The price will likely remain in the same bracket as before meaning it will start at roughly $27,000 and it will go up to more than $70,000 for a top of the range model. 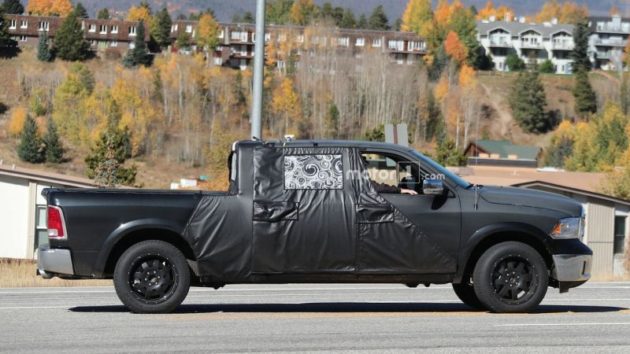 The current 1500 is not a bad looking truck but it is obvious it is old. The upcoming 2018 Ram 1500 is expected to borrow a lot more from the FCA group in terms of design for a more modern look. The front end will actually be lower on this model but the cross-hair grille will stay. The headlights might borrow from the Charger with the wrap-around LED DRLs and the slim design.

The end result will be a more aerodynamic truck that will also seem more aggressive. On top of the redesign of its front end, at least from the early renders, it seems that on the sides it will boast some really muscular lines. The truck will also get more cabin types than before. This has not been confirmed but a while ago a test mule has been seen testing having a much longer cabin than a regular CrewCab.

Even though the base models will likely offer the basic commodities, things will change for the more expensive versions of the Ram. For starters, it seems that the center console is going to change dramatically in order to allow for more storage space. On top of that, the instrument cluster, steering wheel and some buttons are expected to be carried over from other Chrysler products. The end result should be a more refined truck with, hopefully, a much better ride quality than before. 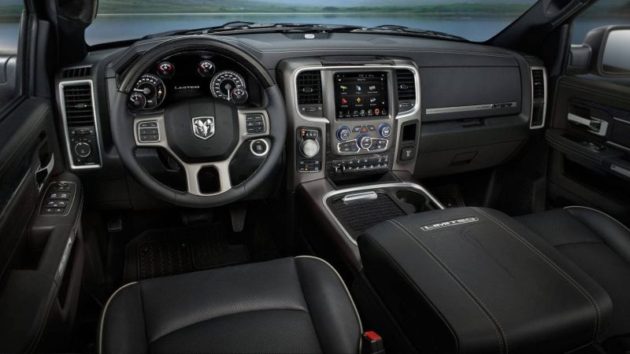 The 2018 Ram 1500 will be the first truck for Ram to receive a direct injected V6 with the newly updated Pentastar. This is expected to make around 320 horsepower and over 280 lb-ft of torque. On top of this new engine, the 5.7 liter V8 Hemi should be carried over pretty much unchanged. The 3 liter EcoDiesel is also expected to be carried over but this time around it might receive a few upgrades. 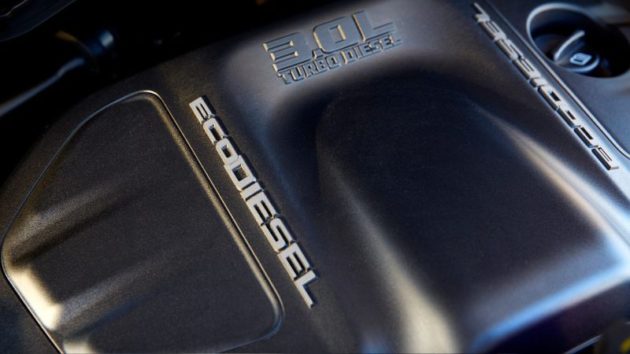 It seems that at the time of its release these might be the only engines. Some suggested a 2 liter turbo but it would likely be too small for such a large truck. In the future a twin-turbocharged V6 will also be offered, likely a similar design to the current Maserati V6 engines. While the base truck will stick with a six speed automatic, all the others will receive an eight speed unit similar to that found on the current EcoRam.