The collaboration of Aston Martin and Mercedes-AMG brought the another baby to the world. The new 2018 Aston Martin Vantage should be one of the best performance cars in the world, especially if you know that its engine comes from AMG. Tested in Sweden, it endured series of hardcore tryouts. So let us see what it brings. 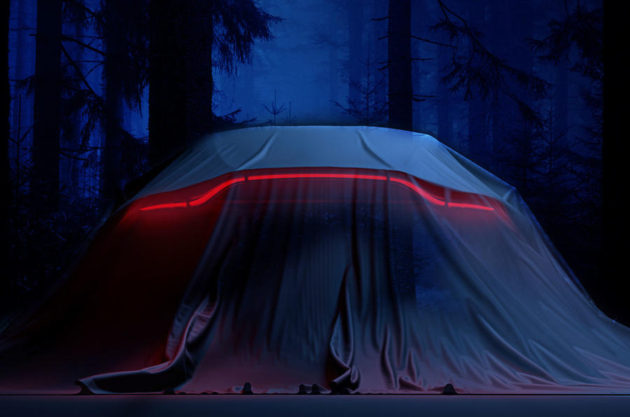 To the casual observer, the new Aston Martin looks like another DB11 prototype, but if you look closer, you can spot that the new car is shorter, so you can’t replace it to the four seat DB11. The new car is following the same basic lines as before. Sharky appearance at the front, Aston-like intake, aerodynamic bonnet on which windshield is continued in a way that just Aston knows how to mount. Looking it from the side, the car really shows some muscles, wheels are rather big, just beautifully carrying that assy rear. Wheel arches are highlighted from the door panels, so the 2019 Aston Martin Vantage gets a more massive look. 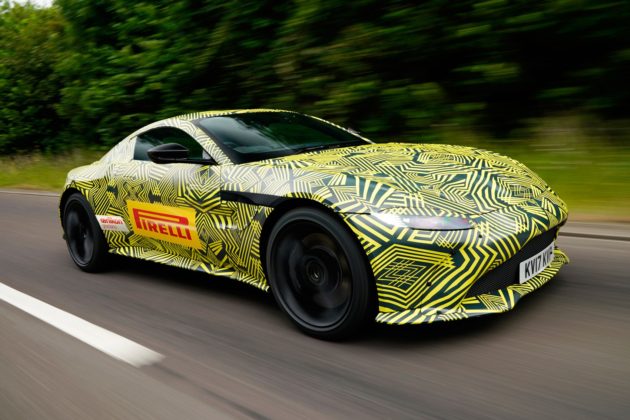 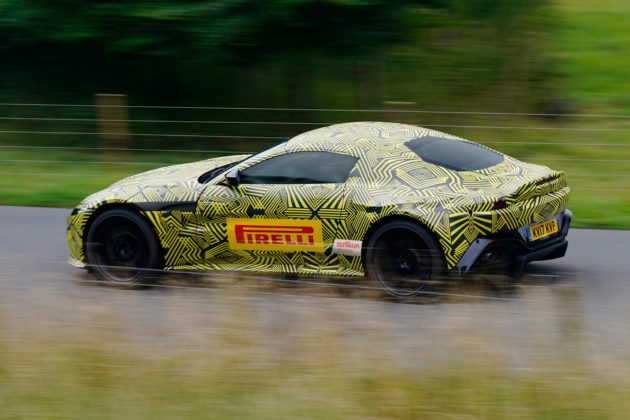 Well, Aston is known to be comfortable, but, will the new 2019 Aston Martin Vantage follow the tradition? We could expect that it will, but not DB11 comfortable. After all, this is a sports coupe, it is a regular thing that the inside is smaller and packed full. The most of inside will be borrowed from its bigger brother, DB11, but some changes might appear. Like some race-inspired details, flat-bottomed steering wheel, digital instruments on the dash and 12 inch TFT screen. Infotainment system should be all new, with new satellite navigation system and some helpful features like auto-park assistance and 360-degree camera. 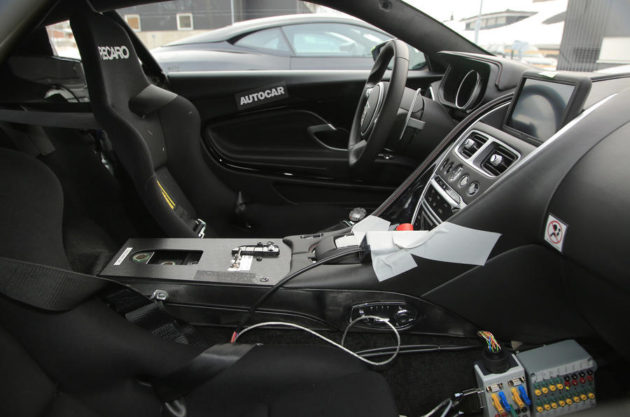 The interior will be made of high-quality materials such as Alcantara, high-grade leather, and some aluminum details. Vantage is ought to be a grand tourer, so the legroom should be comfortable enough, and the boot big enough to store more than one traveling bag.

The most important news about new Vantage is coming from underneath the bonnet. Forced induction engine is almost the imperative for the new vehicle, and it seems that it is getting one. We can confirm that easily, just take a good look at the front intake grill, and you can spot a pair of intercooler intakes separated from the main one. 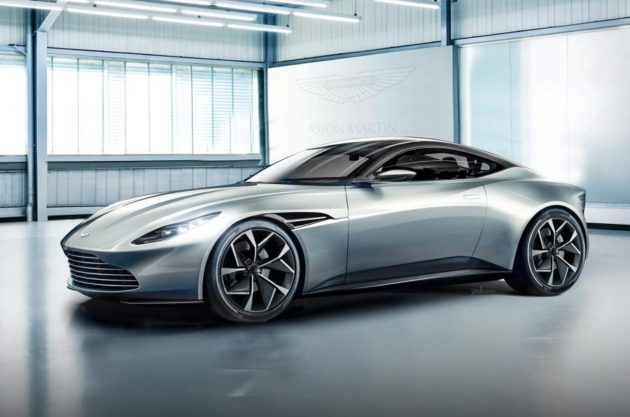 The engine itself will most probably be the product of cooperation with Daimler’s AMG hand, and it is most likely to be the one from the Mercedes-AMG GT sports cars. The mighty 4.0 turbo V8 which is said to produce something about 500 horses. 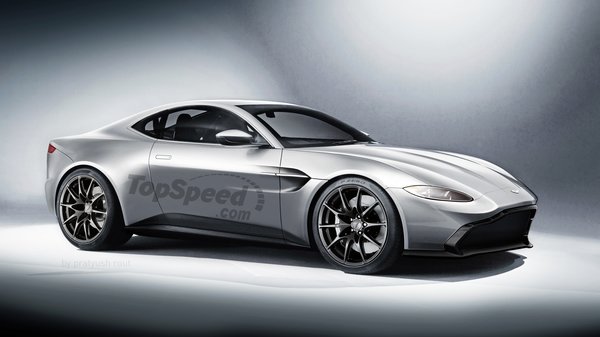 Another possibility is that the new Vantage will inherit DB11’s V12 powerplant, and this 5.2 monster is said to produce over 600 horses. 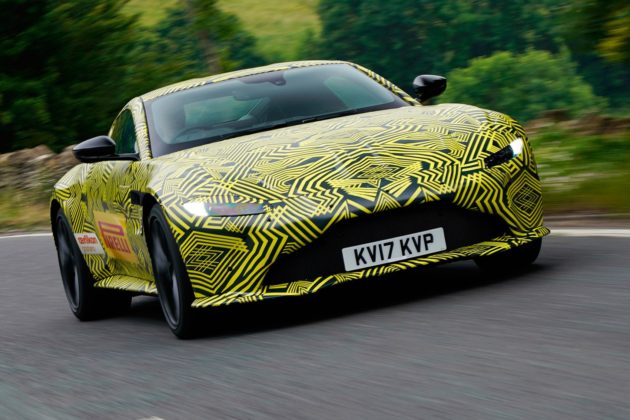 As a sports car, the 2018 Aston Martin Vantage will for sure be Rear Wheel Drive, and the power from the engine to the wheels will be sent trough six-speed manual gearbox. Another possibility will most probably be eight-speed automatic. And they made it fast, really fast. The V6 version is getting from 0-60 in just under 4,5 seconds, while the V12 is counting about 3,6.

Vantage can be expected at the end of 2017, and we can determine the prices looking at the previous versions. The basic V8 model should cost something about $120,000 on the lowest trim, and the bigger and faster V12 should start at about $200,000. 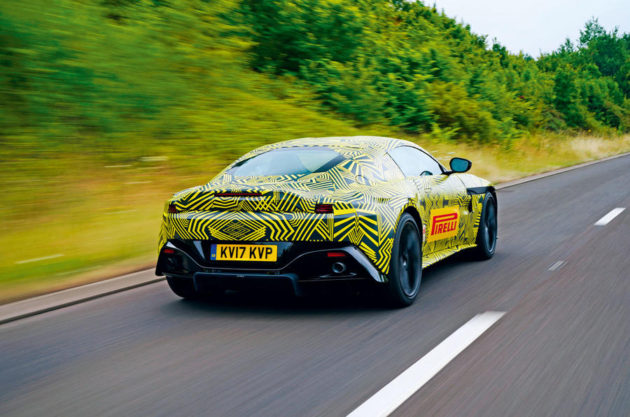 Read more on this site. http://www.motorauthority.com/news/1027218_2018-aston-martin-vantage-spy-shots-and-video
Be sociable share!