After a disappointing sixth generation of the 5 Series, BMW has finally unveiled the seventh generation a few weeks backs. The new G30 5 Series is a totally new car that doesn’t really show it. For starters, the 2017 BMW 5 Series is based on the same platform as the 3 or 7 Series. This means it is made mostly out of aluminum and it also employs some high strength steel, magnesium and some carbon fiber, unlike the 3 Series. The end result is a car that is slightly over 100 pounds lighter than before. The big improvement here is the rigidity of the car which improved tremendously over the older model. This allowed them better NVH levels, a more compliant ride and a better overall experience.

So far the car has been tested by a few big publications and it seems that most of them love it. However, not everything is great, but more on that a bit later. The big disappointing factor here is the way it looks on the outside as well as the rather sub-par driving experience. Some of its rivals are both better to drive and also look considerably better. It seems that BMW wanted to follow the classic route and didn’t take any chances. The end result is a 2017 BMW 5 Series that looks like a slightly bigger 3 Series and that’s it. The car has been released with two versions in the US and four more for the European market. In time there will be more models added to the range for both markets. 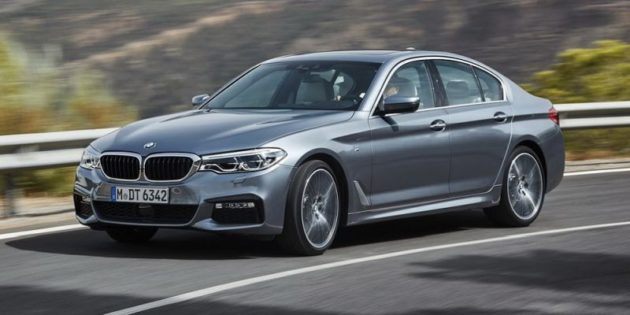 Let’s start by saying that this is where the 2017 BMW 5 Series received a lot of attention from its engineers. The base car gets a 2 liter inline 4 which provides a healthy 248 horsepower and 258 lb-ft of torque. The 540i gets a turbocharged 3 liter inline 6 with 335 horsepower and 332 lb-ft of torque. While none of them is really all that impressive in terms of specs, both of them proved how impressive they are in actual driving. The European market gets two diesel engines, one large V8 petrol engine as well as a hybrid.

The diesels are nearly the same as before while the M550i only offers 462 horsepower and 479 lb-ft of torque. We expected BMW to offer the entire range from the get-go, especially since Jaguar and Mercedes did it from the start. The hybrid is nothing special either with an all electric range of just 28 miles. 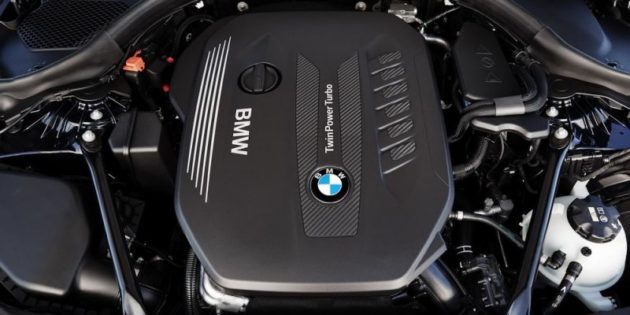 In the future a full electric model is possible but BMW has not confirmed it. The future M5 is expected to receive a much more impressive V8 engine but until then those looking for performance will have to do with the M550i. There are three possible transmissions with the European model being the one receiving a six speed manual on the base model. The other markets will receive either an eight speed automatic or a dual-clutch seven speed unit. Rear or all wheel drive will be available across the range.

Just like we said above, BMW decided that the best possible look for the new 5 Series is to make another 3 Series, only bigger. This is fine for most but the rather conservative look will make some of its usual customers turn to other manufacturers. Luckily though they didn’t follow the same direction inside the cabin. Here BMW took a lot more from the 7 Series and that’s much better. The dashboard is cleaner, the materials are considerably better than on the older model and the driving position is nearly perfect. The only real drawback is the electric power steering which is really light for such a sporty sedan.