You have probably heard of the Ford F 150 Tonka, one of the most popular trucks on the U.S. market. This popular vehicle is a product of Elkhart and Ford Motors. It is widely known for its cutting edge technology. A refreshed version of this popular model arrives on the market very soon. When you look at the Ford F 150 Tonka, you immediately return back to your childhood days when you played with a toy which had almost the same design as the new F 150 Tonka, except that it now arrives in real-life size. The company revealed the 2016 Ford F 150 Tonka at the NTEA Work Show in Indianapolis and the yellow buddy from the childhood is almost ready to go on sale. 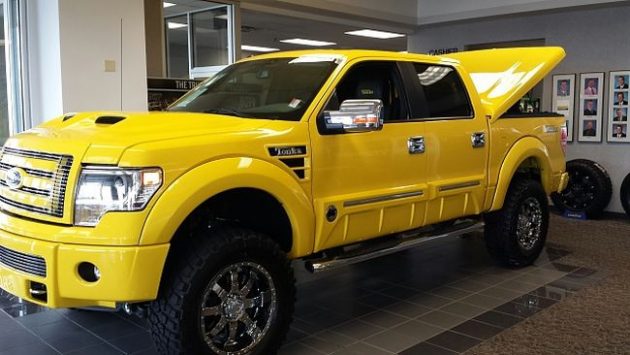 Well, what to say about the exterior design of the 2016 Ford F 150 Tonka, except BIG. It appears that someone from Ford had a great idea to take the brand-new F 150 Tonka, paint it yellow and black and add excellent Tonka graphics on it. Your childhood dream came true! The main thing which differentiates the Ford F 150 Tonka from the rest of the vehicles in its segment is the fact that the company used aluminum body panels which is not really a common thing when it comes to the trucks of this size. The truck is painted in a shouting and screaming yellow color with blackened nose. It gets a set of 20 inch alloy wheels and thick new bumpers. There are also redesigned step-bars and an unusual tailgate which arrives embellished with the “Tonka” logo. The hood is redesigned and it arrives with double air intakes which boost air supply. The rear suspension of the truck is lifted to 6 inches with Pro-Camp. If we were to evaluate the exterior design of the truck, we would say that it is pretty much amazing, not just in terms of overall look but because of the fact that the changes in terms of exterior have positive impact on the general performance of the truck itself. 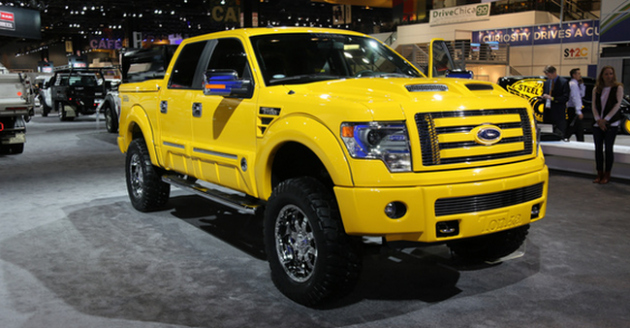 It appears that the interior design of the 2016 F 150 Tonka has not been changed to such an extent, but this doesn’t mean that there are no changes at all. The pickup truck comes with a 4.2 inch touch screen infotainment system placed on the central cluster to be easily accessible and visible at the same time. The entire cabin of the vehicle is upholstered in Lariat trim. The cabin is extremely comfortable thanks to the usage of high-end materials. 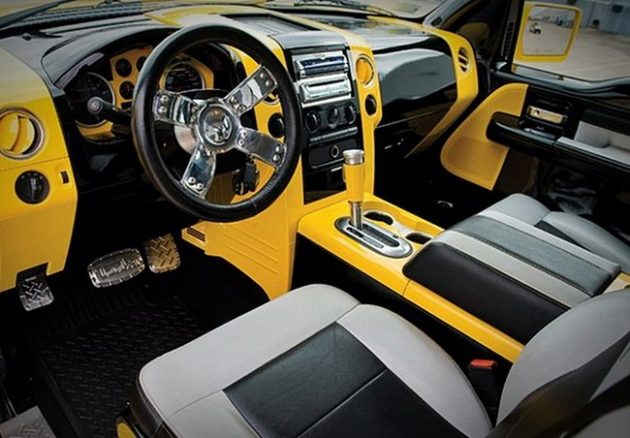 The 2016 Ford F 150 Tonka will be powered by a 5.0 Liter V8 drivetrain. This engine is extremely powerful- well it has to be. It is capable of producing up to 360 horsepower. The engine will be coupled to a 6-speed electronic Select Shift auto gearbox. Thanks to this combo, the pickup truck will be the most reliable vehicle in its segment. Basically, there won’t be drastic changes when it comes to the engine of the 2016 F 150 Tonka. 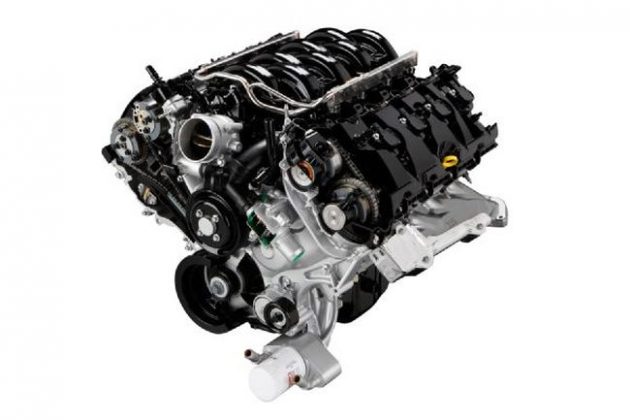