Porsche’s design is what makes them so unique. Several design features on the Porsche have stood the test of time and gone on to become iconic.

Now that the 992 generation of the 2021 Porsche 911 has pretty much accounted for most versions, Porsche seems to be interested in launching limited-edition models of the same.

The iconic Sports Classic badge will be the latest addition to the 911 line-up. This will be Porsche’s second limited Heritage Design Edition (HDE) model, after the Targa 4S HDE. The Sports Classic badge first appeared on a 997 generation and that car was a throwback to another iconoclast, the 911 Carrera 2.7 RS.

It all starts with the Carrera moniker which refers to the standard 911. This 911 Carrera gets the base-spec with a 3.0-liter twin-turbo flat-six engine that produces 385 bhp. Then comes the Carrera S and Carrera 4S. Both offer more power than the regular Carrera and the latter comes with four-wheel drive. This is followed by the Carrera GTS, 911 Turbo models, GT2 RS. The latter badges are more sporty and are as iconic as the Porsche brand itself.

So, what separates the Targa 4S HDE from a regular Targa? 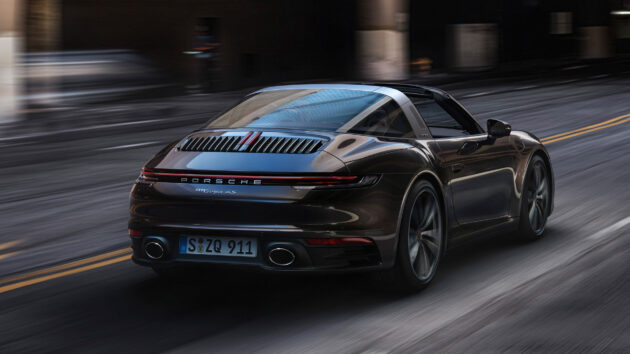 Not much to be honest. The Targa 4S HDE is more of a tribute than a standalone model. Aside from the intriguing roof dance, the 911 Targa 4S HDE is the least dynamic and most flawed Porsche, which makes it a good sports car at best.

With a weight of 1,675 kg, the 911 Targa 4S HDE is 40 kgs heavier than the full convertible, and 110 kgs heavier than the coupe. Another major drawback for such a premium car is how it suffers from bad wind buffeting and noise resonance. Porsche did come up with a solution by installing a small pop-up spoiler on the windscreen, but that hasn’t helped much.

Under the hood, the Targa gets powered by the same six-cylinder turbo engines with a displacement of 3.0-liter that produces 420 hp and a maximum of 450 Nm of torque. The same unit can also be found in the 911 Carrera and Targa Model, but the Targa 4S HDE gets upsized turbochargers and an independent exhaust system. This not only makes this unique build a joy to drive but also agile for the sheer weight it weighs.

And, how unique is the Sports Classic?

History of the Sports Classic 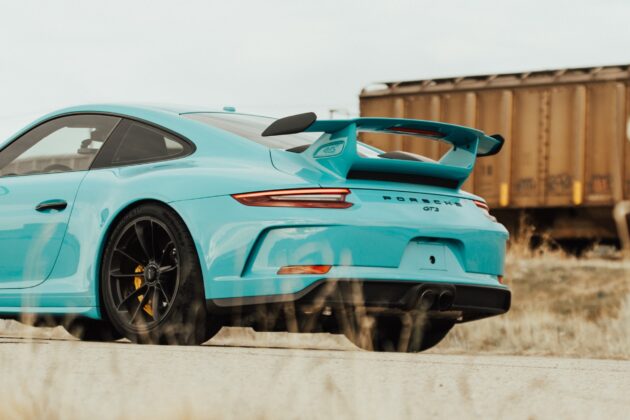 The 997-generation Porsche 911 Sports Classic was a proper modern interpretation of the 1973 Carrera RS 2.7. Unique elements like the double-bubble roof, front-spoilers, bi-xenon headlamps with black surrounds, and an exclusive Sports Chrono Package Plus came standard with it. It was also 44-millimeter wider than the Carrera RS. Under the hood was the legendary 3.8-liter flat-six engine with modified cylinder heads and a variable-resonance intake system that optimized the air oscillation in the air intake. This ensured a steady supply of air into the combustion chamber to produce a steady 400 hp and 310 lb-ft of torque.

The spied 2022 or late-2021 Sports Classic is now wider than ever and packs in the newly developed flat-six engine from the 992-911 Turbo S that produces 640 hp. If just glanced, then some might even mistake it for a regular 911, but if watched closely, just like the 2010 Sports Classic, even this original prototype missed out on side vents, and the prominent ‘ducktail spoiler with integrated reflectors will differentiate it accordingly.

With more than a couple of creases on the rooftop, the iconic ‘double-bubble roof’ is pronounced here too, reminiscent of the Carrera RS 2.7. The rear seats have also been replaced by a roll cage. Another design that stands out is those iconic ‘Fuchs Style’ alloy wheels – which stood out on the Carrera 2.7 RS. Also, unlike the past, the 992-generation Sports Classic will be built on a Turbo S unlike, a Carrera 2 S.

Another point to note was the exhaust note. Reporters have explained how these downshift notes have this subtle grunt, which gave the impression of a manual gearbox downshifting. Interestingly, the 997-911 Sports Classic had a manual gearbox too, and if history is to go by then the 992 might be using one too, from the Carrera S.

When the Targa 4S HDE was launched, it ushered in a class of retro cars that Porsche will manufacture. There will be four more, and the recently spied Sports Class variant will be the second one on the list.
Now what remains to be seen is how many Sports Class’s will be built.

The 2020 Targa 4S Heritage Design Edition is limited to 992 models, a number that corresponds to the internal designation of the current generation of 911s.

So, when will the Sports Classic come to showrooms? 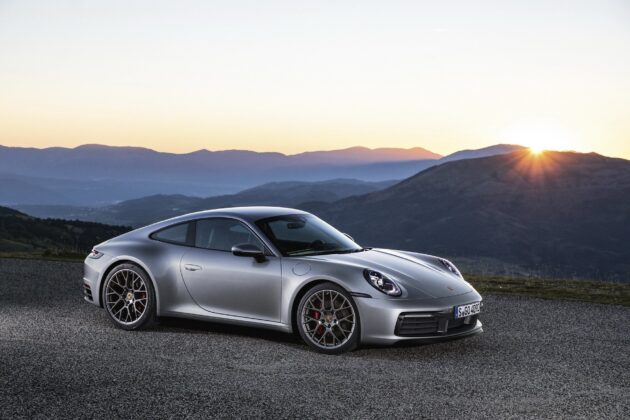 Now, this is something Shiftup has been talking about for some time. The last Sports Class was launched at the end of the 997’ life. Only 250 units were available and it came with a huge number of options, which pushed the price of the Porsche to a whopping $336,510. The introduction of the new ‘ducktail’ equipped 911, this early in the 992’s timeline, begs the question – will Porsche be introducing it as a new variant or a ‘limited’ edition like the Targa 4S?