The current Edge has been around for little over 2 years so it isn’t exactly that new anymore. Despite that, the car is still one of the more impressive offerings in its class. It manages to provide the most amount of power while also not being the most expensive. However, it still lacks certain features which should be offered with a vehicle that costs as much as it. In order to change most of that it looks like the car will receive a rather big update with the 2019 Ford Edge. This hasn’t been confirmed just yet but the car has been spied testing near Ford’s Michigan plant.

While the model was heavily camouflaged, we were able to see a few interesting details about it. So far it looks like the design is not going to change as much as we thought. However, the interior will but more on that later. Some big changes will also happen under the skin of the Edge which should make the car that much more appealing. 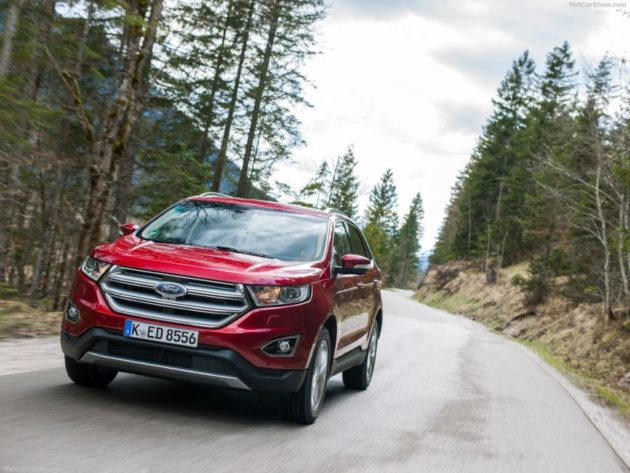 The current Edge was redesigned in 2014 which was its first revamp in seven years. Now, three years later, what we have on our hands is a small facelift. With no significant changes ( the platform and underpinnings remain the same) the 2019 Ford Edge will be released later this year or early in 2018. According to some sources, the vehicle could debut at 2018 North American Auto Show. Later in the following year, the car will find its way to the dealerships. 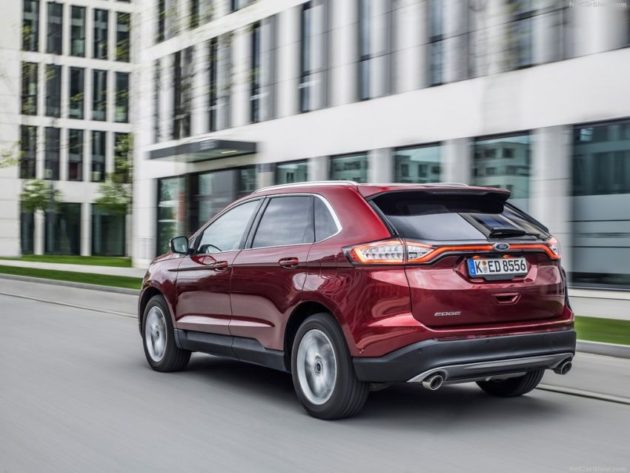 The upcoming 2019 Ford Edge is expected to get a really similar set of engines to the ongoing model. On the US market the car is going to receive 3 different engines. The base model will come equipped with Ford’s well known 2.0 liter turbocharged inline-four EcoBoost. With around 245 horsepower and 275 lb-ft of torque this should allow the Edge to offer the performance and fuel consumption needed by a small family.

Further up the range the older 3.5 liter V6 is more than likely going to be discontinued. In its place the car may receive Ford’s new 3.3 liter naturally aspirated V6. With variable valve timing, direct and port injection as well as low-friction internals, this new engine is expected to deliver around 280 horsepower and 250 lb-ft of torque. The most interesting part is that it will do it while using less fuel than the inline-four engine which is the real win here. A range-topping 2.7 liter twin-turbo V6 with around 310 horsepower and 350 lb-ft of torque is also going to be available on the Sport version. 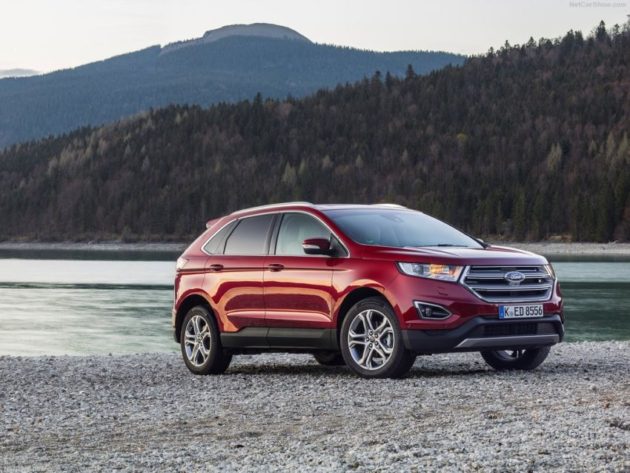 All three engines will come as standard with Ford’s new 9 speed automatic. Front wheel drive will be standard on the base two engines with the Sport coming with all wheel drive as standard. The European market will only get the base gasoline engine alongside a set of two diesel engines offering close to 200 horsepower. Unlike the US version, a manual gearbox will be offered with the European model.

From the spy shots we managed to see, it looks like the 2019 Ford Edge is going to receive a new front end. Even though this was heavily camouflaged, it looks like the car will receive a brand new grille and set of headlights. These are expected to be more in line with what the Expedition has to offer. On top of that, it seems the car’s rear end might get a new roof-spoiler and possibly a new bumper as well. New wheel designs can also be expected while Ford may also decide to offer a Sport package with all the usual bells and whistles of the Sport version without its hugely powerful engine.

Here the new Edge is definitely going to feature Ford’s latest technologies. In fact it seems the car may receive things like an automatic parking system, a standard adaptive cruise control system and also frontal collision avoidance. The design of the dashboard is also expected to change for the better. Some suggested the car will borrow design cues from the upcoming Focus but this has yet to be confirmed just yet.