Hang on folks, we have received a piece of a brand new, hot information from the Ford’s magicians that they are preparing to launch on the Global car markets the all-new and an ultra-high-performance supercar, which is going to serve as some kind of a technology showcase for top EcoBoost performance, aerodynamics and lightweight carbon fiber construction- almighty 2017 Ford GT.
This whole new lineup will deliver, literary, more than a dozen new Ford high-performance oriented vehicles that should be released by 2020. Among the vast majority of them, we suppose that you have all heard of the Focus RS, Mustang Shelby GT350 and F-150 Raptor.
We suggest you that keep us a company throughout this whole review, in order to get all of the relevant information regarding this superb Ford GT lineup.

The most probably, even the birds on the branch know that the main focus, in the terms of design, has been devoted on aerodynamics. The changes are intended to include a multi-position rear wing that will slightly reminiscent of the ones we can see in the McLaren P1 and La Ferrari, in order to keep Ford’s mid-engine planted at speed. So, quite naturally, its active suspension is planned to use inboard, push-rod-actuated damping, and adjustable ride height. When it comes to the one of the most striking exterior features of the 2017 Ford GT ’s that its entire front end will be inspired by the classic Ford GT40, while, on the other hand, the rest of the exterior design (such as two large central exhaust outlets and the rear fenders) will be super-updated. 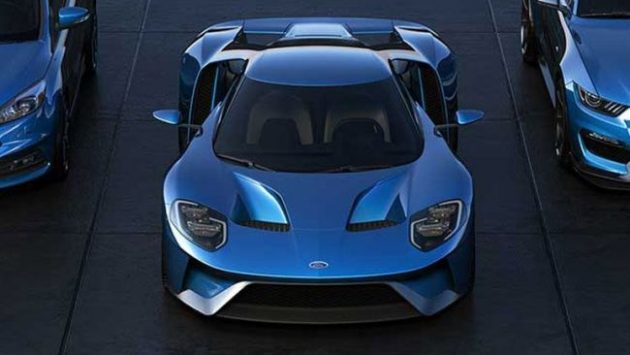 When we take into our consideration the 2017 Ford GT’s inner part, at the very first glance, we will be able to conclude that its cabin will be, in fully, made of a lightweight material (carbon-fiber) and will possess, somehow, bolted front and rear sub-frames, which are planned to be made from aluminum. In the terms of design, the cabin will be quite ordinary, but tastefully, business-oriented design. It will possess all the gadgets needed, among the really vast majority of them, the most likely, one will be found. That is central color touchscreen display that is planned to come along available linked with a Ford’s freshly-introduced Sync 3 infotainment system, to be, most relevant, utterly handy, as well as pretty useful. 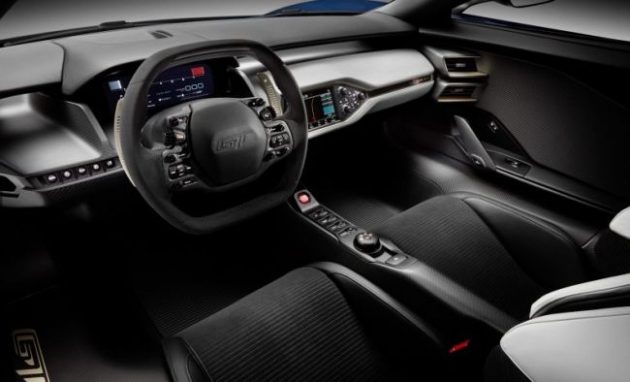 It is planned that under the vast majority of all-new designed 2017 Ford GT’s hood, will be placed a twin-turbocharged 3.5-liter EcoBoost V-6 engine option. For This engine officials from the Ford claim that will be more than capable to generate more than amazingly 600 horsepower and plenty of torque, approximate around 500 lb-ft.! This pure, unadulterated horsepower that will come from a beastly gas engine is planned to feed the rear wheels via a seven-speed dual-clutch automatic transmission. We cannot wait to take one of these fabulous fast & furious cars for a test drive! We can bet that it will be one of these incredible and unrepeatable experiences that are happening only once in a lifetime. 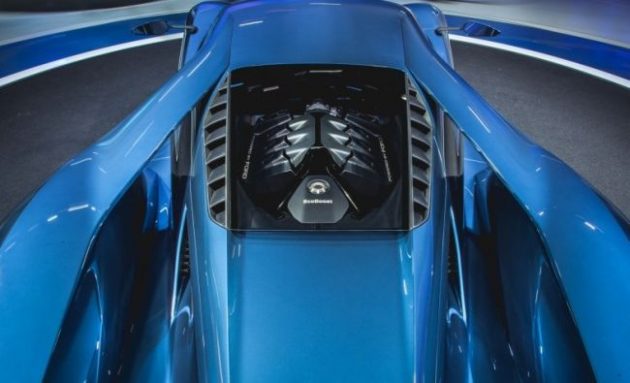 If you strive to own and drive one of these utterly potent and quite handsome cars from the 2017 Ford GT’s lineup, you will have to be willing to allocate between a $ 100,000 and a $ 400,000. The production of this masterfully crafted 250 copies of the 2017 Ford GT is scheduled to start next year.