So far, Chrysler has always managed to come up with something interesting and fresh, and amaze its fans. This time, things aren’t any different. Even though the previous model came with a full redesign and was presented as a brand new model, the new 2016 Chrysler 200 will come with some slight changes in exterior and interior design, and become even more appealing to customers.

As far as the exterior goes, the new model will be almost the same as the previous one, but with some small upgrades. The new Chrysler 200 2016 will be offered in 4 trim levels, the LX, Limited, 200S, and 200C. The exterior look will be with some modern design details that the 2015 model first presented. The front fascia will have a smile looking mesh grille with Chrysler wings, and a trapezoidal lower air intake, while the design of the front lights will follow the lines of the grille. At the back, the new model will be fitted with redesigned back lights and new exhaust tips.

When it comes to the interior of the 2016 Chrysler 200, you can expect amazing attention to detail, that will make you feel like you are in a luxury vehicle, all black inside theme, as well as the ambient lighting throughout the whole lineup. The vehicle will also come with plenty of safety features. The standard ones include the mandatory airbags and stability control, while the optional include adaptive cruise control, forward collision warning with autonomous braking, lane departure warning, and that is just the tip of the iceberg.

Under the hood of the new Chrysler 200 2016, you will find 2 engine options. The base model, LX, and Limited will be equipped with the 2.4-liter inline-4 Tiger Shark engine, which is capable of generating up to 184 horsepower and 173 lb-ft of torque. The second engine option will be found in the 200S and 200C models, and it will be the 3.6-liter Pentastar V6 unit, capable of delivering 295 horsepower 262 lb-ft of torque. Both engine options will be teamed up with the 9-speed automatic transmission. As far as the fuel economy is concerned, the base inline-4 engine is rated at 23 mpg in the city, and 36 mpg on the highway, while the V6 has the ratings of 19/32 mpg with front wheel drive, and 18/29 with all wheel drive. 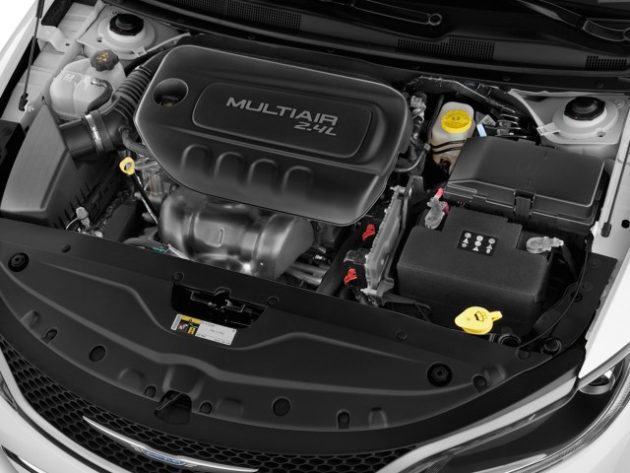