The Ranger has been discontinued back in 2011 and replaced with a lesser version of the F-150. Even though Ford thought this was the right move, it soon became clear that it didn’t really work. Because of that they are now working to bring the Ranger to the US market once again. At first just a rumor, the 2019 Ford Ranger has been confirmed a few months ago. It seems the truck is going to be based on the European model but it will come with quite a few differences for the US market. Even though so far nothing is official, it seems the US version is going to be quite a bit more impressive than what is currently available in Europe.

We already know the truck will be based on a ladder frame chassis, the same that can be currently found under the Ranger. However, for the US market the chassis is going to be fully boxed in and it looks like the rear suspension system will be different as well. This should allow the truck to have a larger payload while also being more comfortable in light off-road. The design is also going to change but it looks like the interior might not. 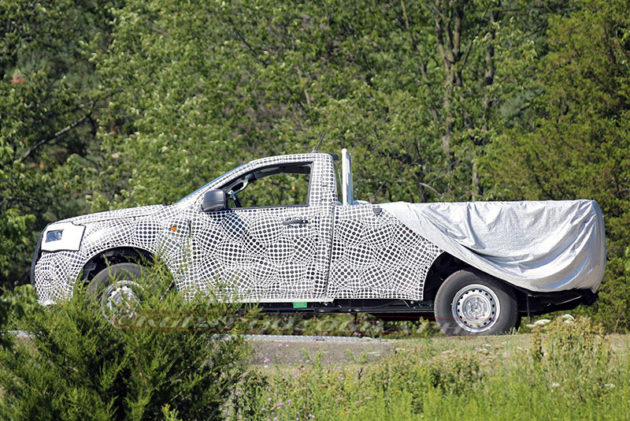 The 2019 Ford Ranger price will be in the region of $25,000 for an entry level model. Ford will have to start this low in order to be as competitive as it can. Not only that, this base will reflect its position compared to the vehicles in Ford’s lineup, not just looking at the competitors. Speaking of those, they will be Chevy Colorado, Toyota Tacoma, and Honda Ridgeline of the most notable car makers. In addition to a regular version of 2019 Ranger we already know that there is a performance version coming our way. Of course, the vehicle in question is Raptor variation of Ranger which might go all up to $40,000.

The 2019 Ford Ranger release date is set for the beginning of 2018. Sources are together on the exact date being tied to North American Auto Show. The show in Detroit would be a proper playground for Ranger to have its first public dance on its US return. The sales will commence with first months of spring,2018. 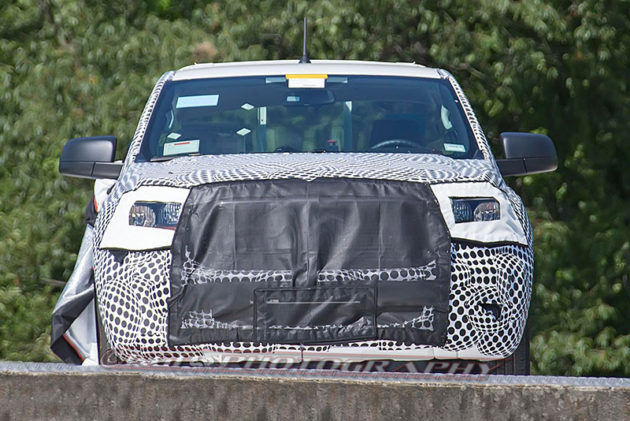 Inside the cabin – Ford Ranger 2019 Interior

The 2019 Ford Ranger is expected to share most of its interior with the upcoming European facelift. This has been rumored for a long time and it looks like it may just be true. The two trucks will be available with Ford’s new instrument cluster and both of them are expected to get much better materials than what is currently available. In terms of overall design it seems Ford may actually turn to their crossovers for inspiration and not to the F-150 like it was first suggested. This would make the Ranger considerably better than first thought and it should allow the truck to become a real success. 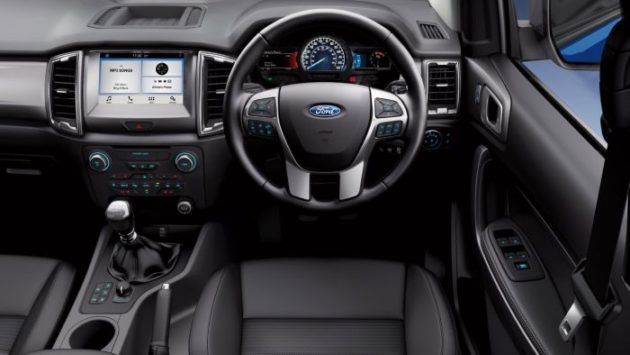 The design – what will change?

Considering the US version will be based on the European model, you would expect it to be mostly the identical to it. However, this is not the case. Instead, the US version of the truck will come with a brand new front end which will boast a considerably more aggressive design. On top of that, a high performance version of the Ranger has already been spied. It is safe to assume this will be sold under the Raptor brand and feature most of the unique design details found on the larger F-150 Raptor. 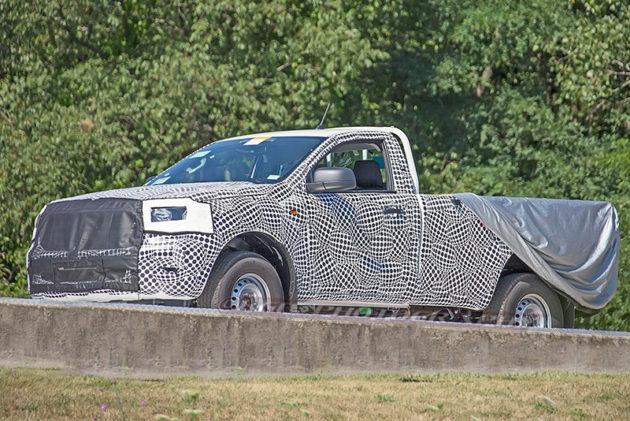 The base version of the 2019 Ford Ranger is likely going to hit the market with a 2.0 liter turbocharged-four gasoline engine. This EcoBoost unit should provide right around 245 horsepower and 275 lb-ft of torque which is actually quite a bit more than the average of its class. The option will likely come in the form of Ford’s 3.2 liter turbocharged inline-five diesel. This is currently known to make around 185 horsepower and little over 300 lb-ft of torque which is quite impressive for its class.

Both of them are likely going to be available with either a 6 speed manual or with Ford’s new 10 speed automatic. While rear wheel drive will come as standard, a four wheel drive system is definitely going to be an option. The rumored Raptor Ranger on the other hand has been said to come equipped with Ford’s new 2.7 liter twin-turbo V6. With over 300 horsepower and 350 lb-ft of torque this should easily become the fastest medium-size truck on the market. The only drawback we see with it would be the lack of a manual transmission. It seems that this will only be available with Ford’s new 10 speed automatic which is a real shame.

Hang on folks, we have received a piece of a brand new, hot information from the Ford’s magicians that they …