The ongoing Y62 Patrol has been around since 2010 and it has been sold as the luxury-oriented model of the Patrol name. The Y61, the off-road model, has just been discontinued in most markets so the Patrol has been left without an off-road version. It seems that most people expect Nissan to release a successor for the Y61 and likely one for the Y62 as well. This rumored version is expected to be released with the 2018 Nissan Patrol as the Y63. So far it looks like the car may be offered only as a luxury version while an off-road model could be launched at a later date.

Like before, the new Patrol is more than likely going to stick with a body-on-frame design. This would allow for great off-road performance while also retaining the comfort that has been a trademark for so long. The price is unknown but we should expect it to cost at least $70,000 with the top end models going for considerably more than that. 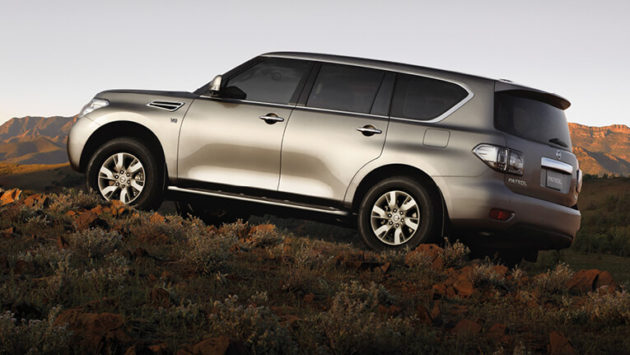 The rumored off-road version would likely use the same chassis but a different running gear and possibly a lower-grade interior. This could also cost less than its luxury-oriented version. The availability of this vehicle is unknown as of yet. The mid-2017 is behind us so we are expecting for 2018 Patrol to come to dealerships by the end of 2017. Other dates set in early 2018 are also in the mix. Either way we do not posses exact release date for this SUV. Stay tuned as we fill you in on new patrol.

The current Y62 looks rather dated so we don’t expect the 2018 Nissan Patrol to share much with it. However, we do expect the car to receive Nissan’s latest V-motion front end design with the large V-shaped grille, angled headlights and aggressive bumper. Rumors also suggest that the 2018 model will share some design cues with the older versions of the Patrol. This return to its roots could make the SUV as impressive as it once was. The rear of the car will likely retain the vertical design with the abrupt tail gate and large window. The profile will likely feature a boxier appearance which should give it the extra flair it needs to succeed. The off-road version will likely differ by adding a taller suspension setup, possibly steel wheels, chunkier tires as well as off-road specific bumpers.

New Patrol – Inside the cabin

Here the new Patrol is likely going to boast an all new interior aimed for those looking for the ultimate luxury experience. For starters, the upright design is likely going to be gone. In its place we may see something more similar to the European crossovers with a wider center stack, a lower driving position and a cleaner-looking dashboard. 5 or 7 seats versions will likely be available from the start while the off-road model may also be offered as a 3-door. This one will likely boast the same type of design without the fancy materials found in the luxury version. 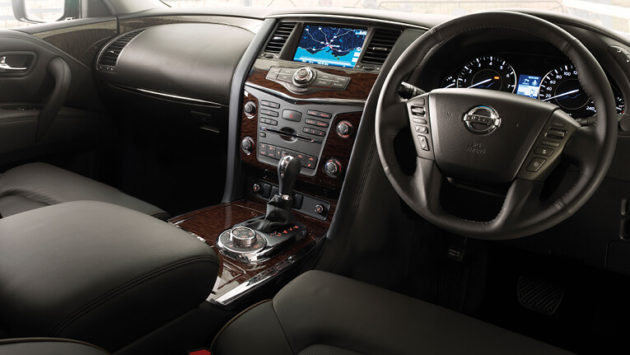 The Y61 is the only version of the Patrol not featuring a diesel engine. This is likely going to change with the 2018 Nissan Patrol. The base model will likely trade its V8 in favor of a smaller 3.0 liter twin-turbo V6 from Infiniti. This engine is known to make 400 horsepower and over 350 lb-ft of torque which is nearly on par with the V8 while offering better fuel consumption. A diesel, likely a Cummins-made 5.0 liter V8, could be an option. With north of 330 horsepower and 500 lb-ft of torque, this will be a worthy alternative for those looking at its rivals.

Both engines are likely only going to be mated to a 7 speed automatic which will drive all four wheels. While we do not expect mechanical locking differentials, the 2018 Patrol will more than likely boast electronic differentials. These should be more than enough to retain the off-road prowess it always had without ruining the performance on the road. A rear wheel drive model is likely going to be used in order to boast fuel economy in normal driving conditions.