Based on Cayman platform, GT4 is the latest addition to Porsche family. Surprisingly equipped with a manual transmission instead of double clutch, 2016 Porsche Cayman GT4 was presented to public on Geneva Motor Show in March. While it still looks like Cayman, the new Porsche Cayman GT4 2016 has been very thoroughly beefed up to justify its GT nomenclature and significant price difference, compared to regular Cayman.

The interior is classic sport car one, with leather upholstery and deep sport seats, so you don’t slide out during hard turnings. Optionally, Porsche offers Sport Chrono Package, with performance display and Sport + mode, which stiffens the suspension, adds quicker steering and more responsive throttle command. It should offer some fun times for weekends spent on the track.

On the outside, the new 2016 Cayman GT4 still looks like Cayman, but with enough differences to make it stand out if parked next to one. The biggest one is a large spoiler on the back of the car. Coupled with two large ait intakes on the front bumper, they provide down force on both axles. Compared to Cayman, GT4 is 1.2 inches lower. There are twelve 2016 Porsche Cayman GT4 colors: four standard (Black, White, Guards Red, Racing Yellow), six metallic (Jet Black Metallic, Carrara White Metallic, Rhodium Silver Metallic, Dark Blue Metallic, Agate Grey Metallic, Sapphire Blue Metallic) and two special colors (GT Silver Metallic, Carmine Red). 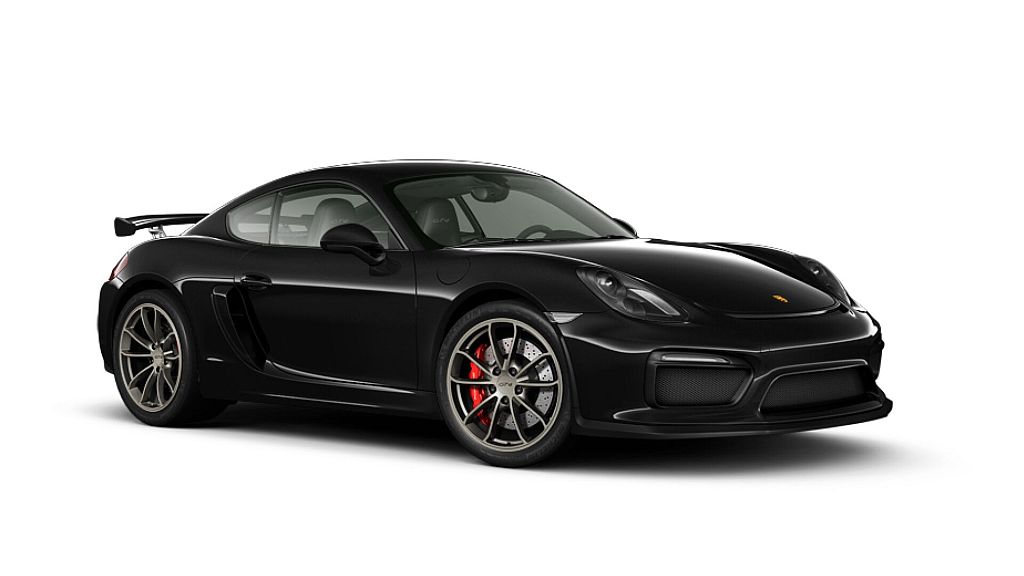 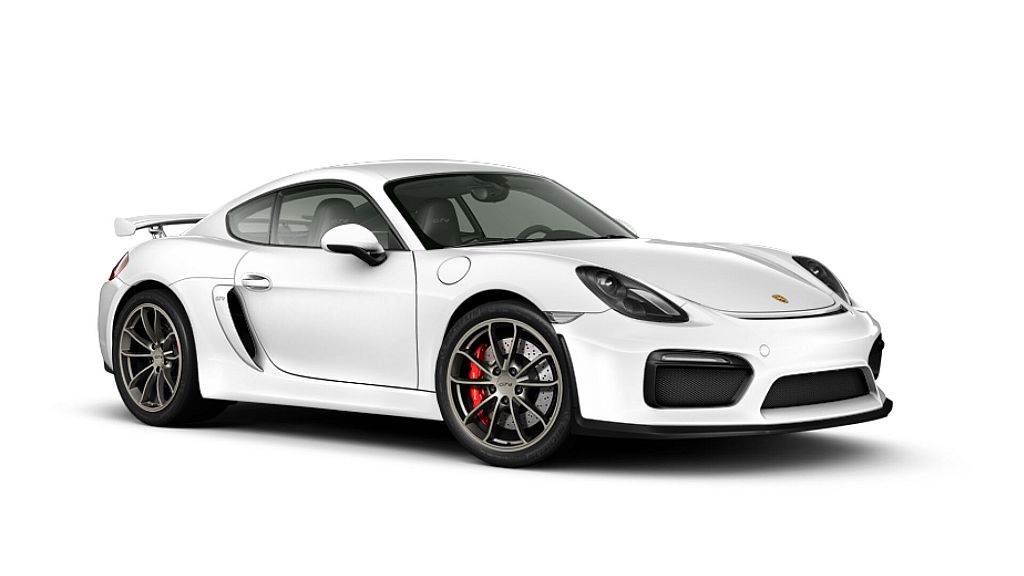 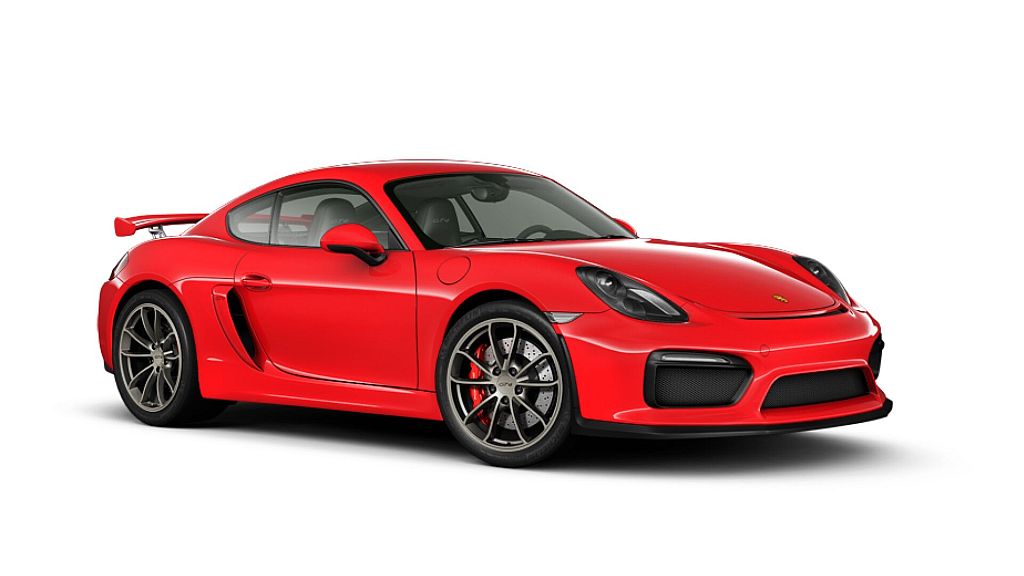 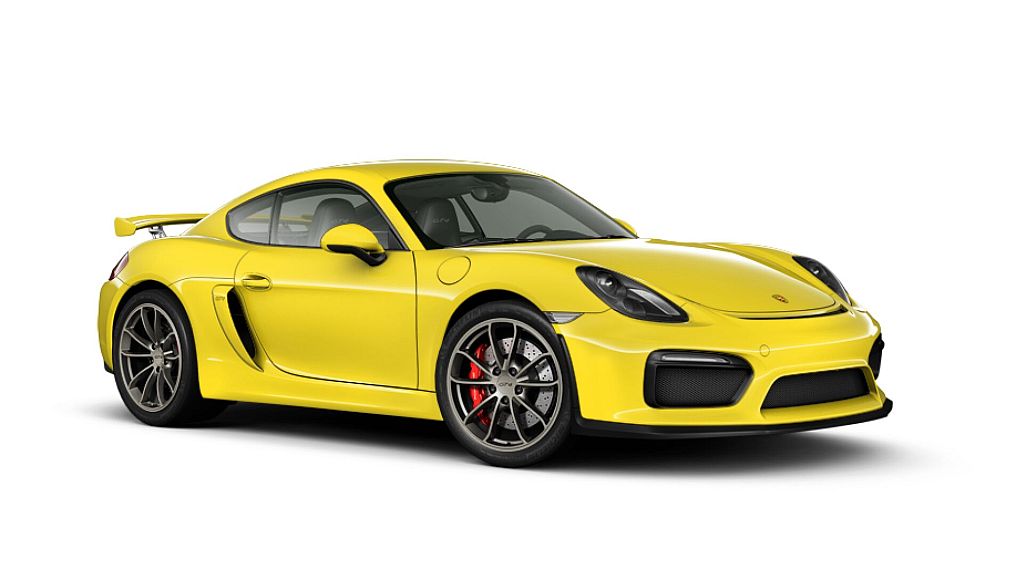 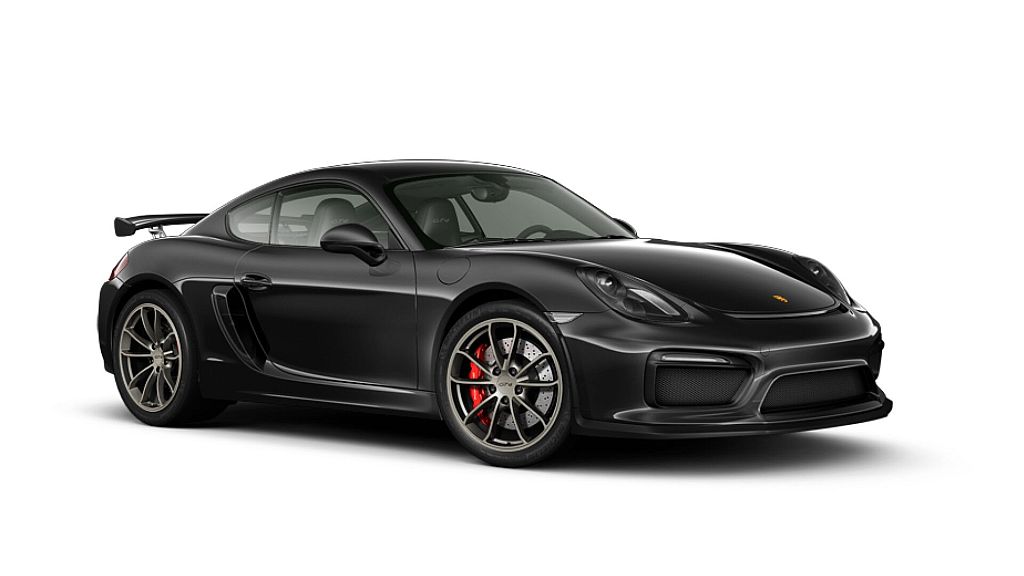 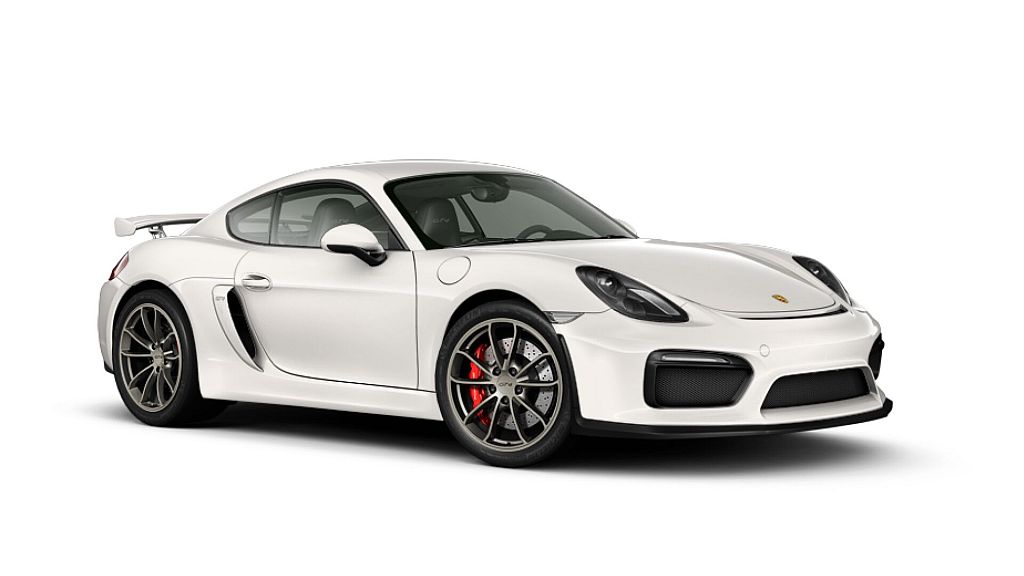 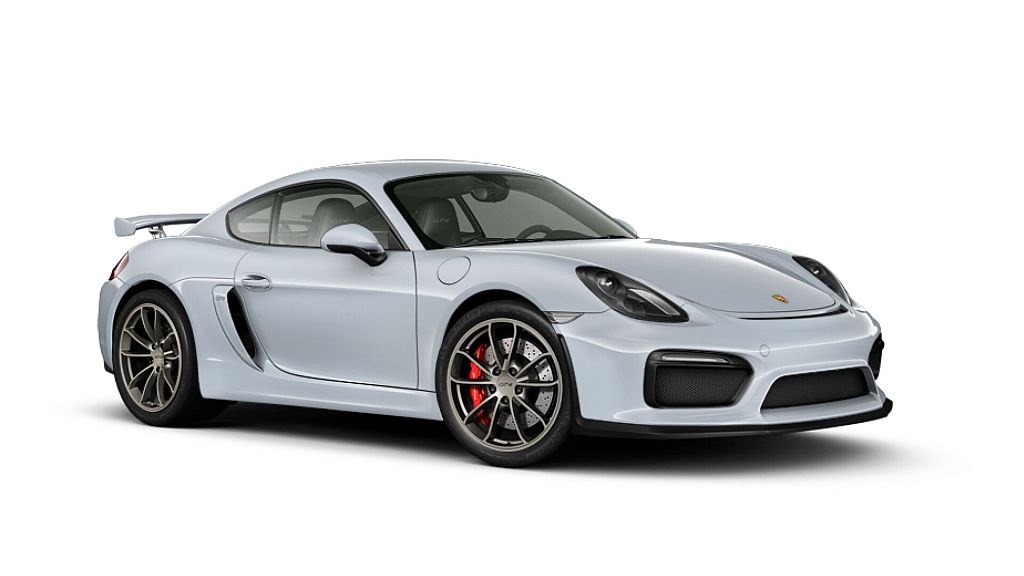 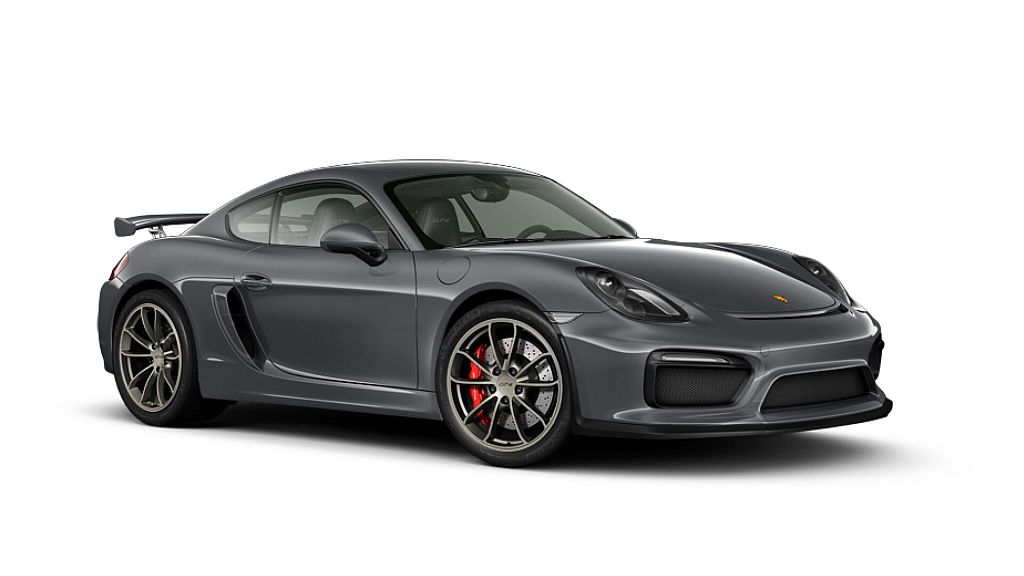 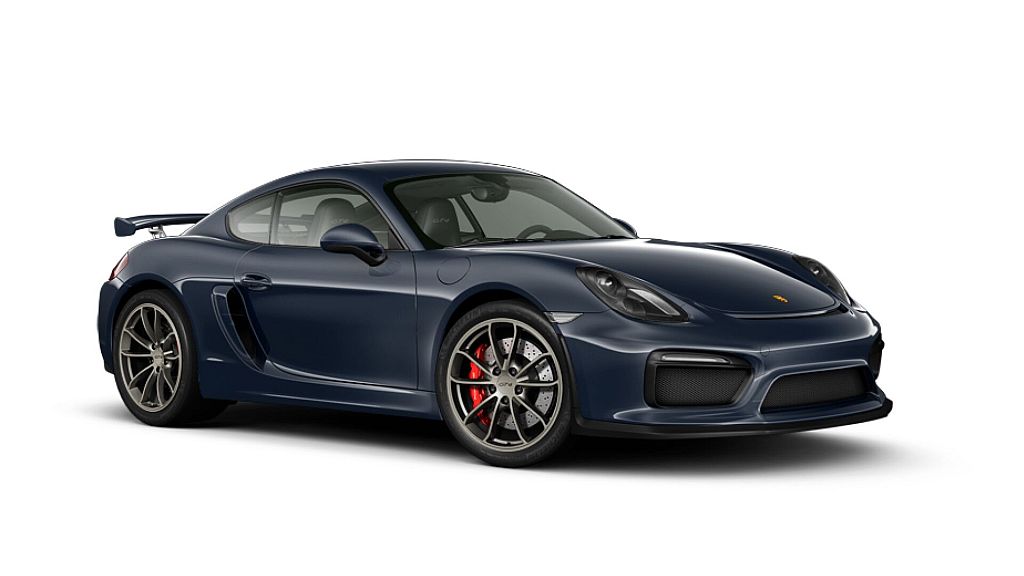 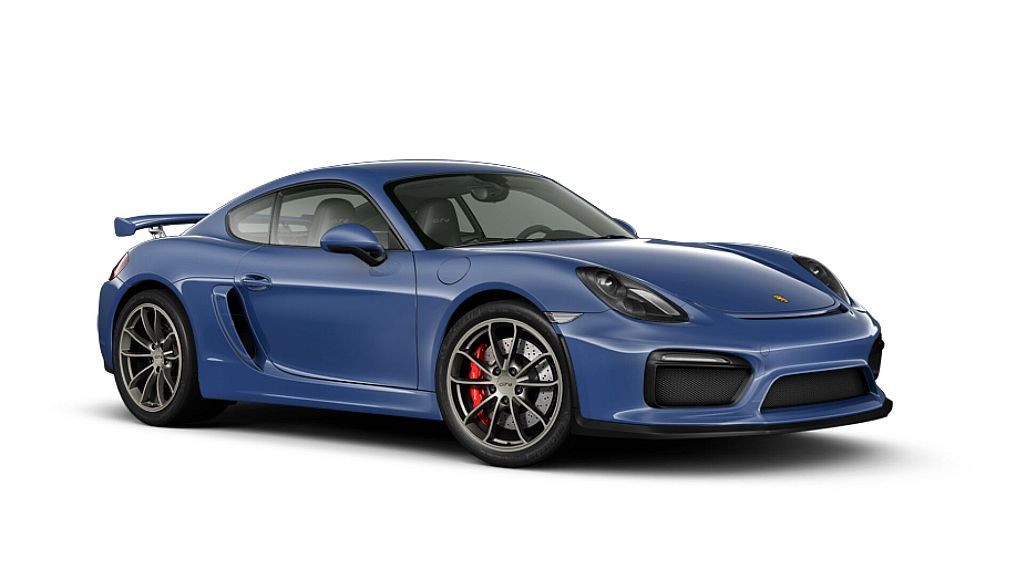 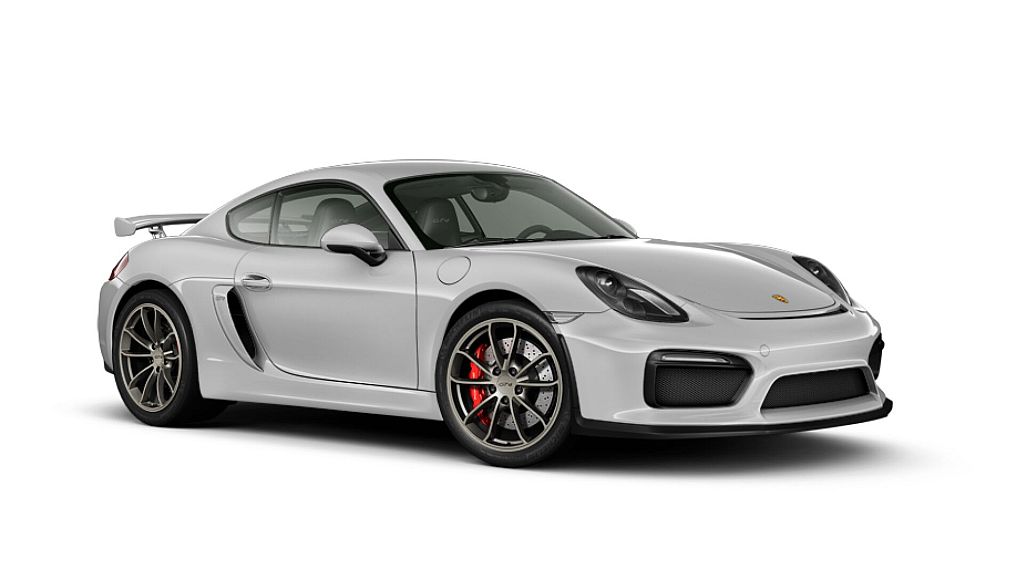 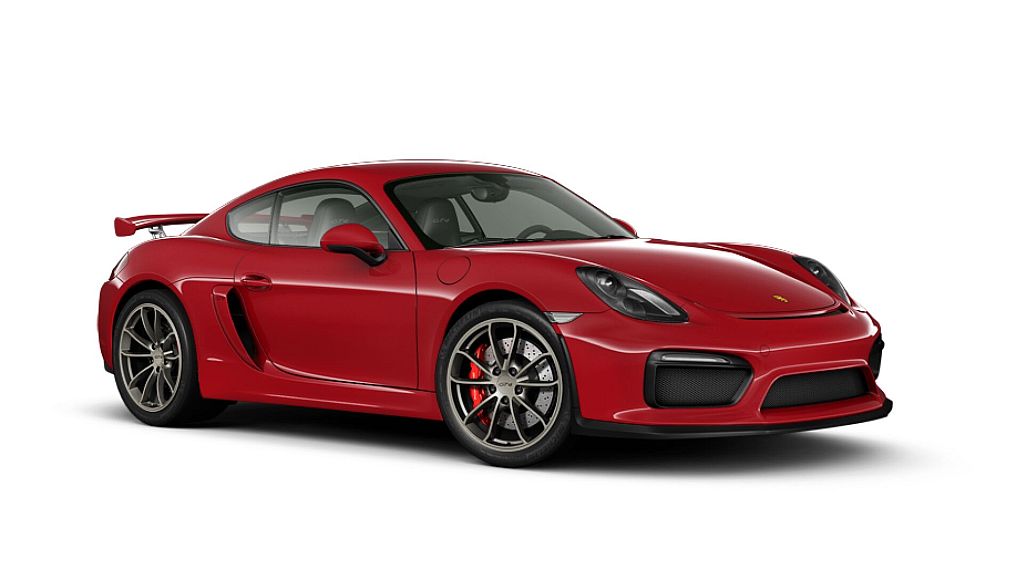 The 2016 Porsche Cayman GT4 is powered by 3.8-liter flat-six engine from Porsche 911 Carrera S. The engine is mid mounted and is posed to deliver 385 horse powers to the rear wheels. The original Carrera S engine supplies 400 horse powers, so GT4 has received somewhat de-clawed version. Considering the weight difference, it shouldn’t be very noticeable.

Perhaps the biggest surprise is that the base version comes with 6-gear manual transmission (yes, the kind with three pedals on the floor), meaning no paddles on the wheel, although the automatic version is optional. The purist will surely applaud this move by Porsche.

With the top speed of 183 mph (295 km/h) and 0-60 in just 4.2 seconds, the new Porsche Cayman GT4 2016 has made it through Nürburgring Nordschleife (North Loop) in seven minutes and 40 seconds, which is shoulder to shoulder with 911 GT3 997 and even comparable with Ferrari Italia. Despite the monster engine, Porsche claims that the car is tame enough for regular roads.

The Porsche Cayman GT4 2016 was officially presented in March, during the Geneva Motor Show and will go to sail immediately in Europe. It is expected to reach United States in July of 2015. You can get 2016 Porsche Cayman GT4 starting at $84,600, plus the $995 destination charge. Compared to $52,600 original Cayman would set you back, it is quite the rise, but considering what you get for your money, it is well justified one.

When we mention the Chevrolet Spark, we assume that the first thought that occurs in your minds is “a tiny, …