After being around for nearly 7 years, the current generation of the Focus is finally going to be discontinued. The upcoming 2019 Ford Focus has already been confirmed by Ford and there are quite a few interesting available details about it. For starters, the car is no longer going to be made in Michigan, like its predecessor. It will also not be made in Mexico like it was first rumors. Instead, the US model of the car is going to be imported from China or from Europe while all the other markets, China being the exception, will get their cars from Ford’s European plants.

This is expected to save Ford a lot of money in comparison with improving their Mexico plant. So far it looks like the new model of the Focus is going to be based on Ford’s CD4 modular architecture. This means that the car will share most of its suspension components with the current Fusion. This likely means better breaks as well as a far better behavior on the road than its predecessor. The weight is also expected to decrease while the car will definitely get safer and it will receive better NVH levels than ever before. 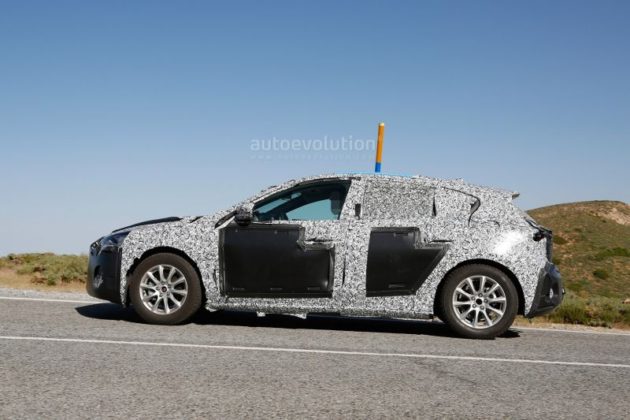 The Focus represents a significant investment for Ford, and as such, they are giving it all they’ve got to make it much better than it’s now. The creation of the next gen is under way for some time now, and it seems that they are wrapping things up. You can expect for 2019 Ford Focus to make the debut at one of the upcoming US auto shows. Some sources are even claiming that the new Focus will be so good that Blue Oval is prepping it for Detroit debut. The biggest car show in the World is an excellent stage for a model which is so eagerly expected.

The price shouldn’t change much regardless of all updates which are occurring. So, for an entry level hatchback version of Focus, you will need to part with $17,000 or $18,000. 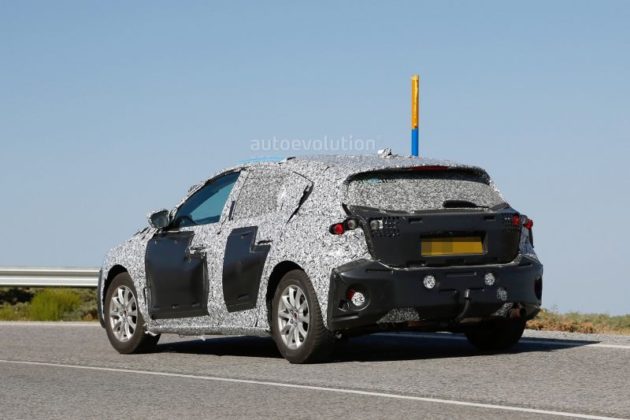 While there haven’t been any official pictures release up to this point, the 2019 Ford Focus has been spied testing a few times now. We already know the car is going to be sold both as a hatchback and as a sedan. After its initial launch it is also expected to receive a wagon version. In terms of look the car is going to be quite a bit better than before. For starters, in the front it will receive a lot more cues from both the Fusion and the new Fiesta. It will get a smaller grille than before, larger headlights as well as larger bumper intakes. Its rear end will be quite similar to that of the new Fiesta but it also looks like Ford may surprise us with the sedan.

Inside the cabin – New Focus Interior

Despite what most rumors suggested, it looks like the interior of the new Focus is going to be mostly identical to that of the Fiesta when it comes to its design. The car will feature roughly the same layout with the top-mounted infotainment system, the trapezoidal AC vents and the really clean-looking climate controls. A fully digital instrument cluster is definitely going to be an option on the higher end models. Also, it looks like the passengers will benefit from quite a bit more space than before which should improve the life inside the cabin by a good margin. 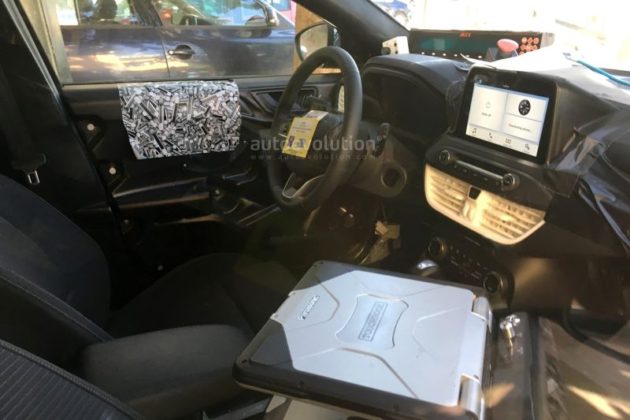 It is safe to assume the base version of the 2019 Ford Focus is not going to receive the old 2.0 liter naturally aspirated engine. Instead, the car is expected to come equipped with Ford’s well known 1.0 liter EcoBoost. In the base trim level this is expected to provide around 140 horsepower and 150 lb-ft of torque. This should be enough to make the car quite impressive to drive even at higher speeds. It will also use far less fuel than the larger engine which will be its main selling point. Further up the range a larger 1.5 liter 3-cylinder EcoBoost is expected.

This will likely provide up to around 200 horsepower and 200 lb-ft of torque. Both of them are expected to be available with either a 6 speed manual or with Ford’s brand new 9 speed automatic. Unlike its predecessor, this generation of the Focus is also expected to be available with an optional all wheel drive system. At launch there is also a good chance the ST will be released. This could provide well over 250 horsepower but its actual output remains unknown for the time being.

20 years have passes since Ford stopped producing Bronco in 1996, so it is fitting that the new, 6th generation …

The Forester is one of Subaru’s best selling cars for a good reason. It offers the driving characteristics of a …